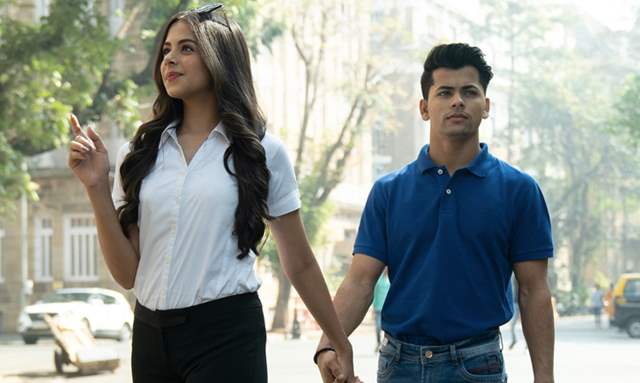 Big Bang Music opened this year with a bang with Tiger Shroff’s Casanova followed by the soulful collab between Akasa and Rahi - O Maahi, which captured the hearts of many. And now, they are all set to continue their successful streak with - Chup. It is curated by Dilraj Nandha and trio of Vikas Kumar,  Raj Fatehpur & Sunny Vik. Sung by Vikas written by Raj and composed by SunnyVik, Chup’s music video features Dhoom 3 and Aladdin actor Siddharth Nigam and Rits Badiani of Airlift fame. Both actors are also popular on many social video apps and have many music fans. Chup is a romantic ballad that tugs at the heartstrings. The video tells the story of a young couple who move to a big city for a better future and how the relationship changes. Eventually, the music video raises a very valid yet subjective question - Is love enough?

The low-beat soundtrack has a blend of a new age and mellow vibe to it that tugs at the heartstrings. The heart-touching lyrics penned in easy to understand Punjabi has nostalgia written all over it and instantly inspires love, sacrifice and yet resonates with the youth of today. Dedicated to belting out songs of all genres and promoting new musical talents, Chup is surely going to be an interesting addition to Big Bang's discography. Talking about the upcoming track, Gaurav Wadhwa, Founder/CEO, Big Bang Music, says, “We wanted to treat the audience to a melodious song that touches their hearts. Chup is a lovely track that is made with complete honesty. Even while we were jamming on it, it made us really emotional. I’m so glad that we found a voice like Vikas’ and the expression by Raj Fatehpur takes this song to a whole new level. Ritika Bajaj’s Direction along with the team at Storywala has made Siddharth and Rits chemistry something to watch out for!”

Siddharth Nigam says, “I love being a part of music videos. The very thought of conveying a story through a song is beautiful. Chup is a song that is very close to my heart. It talks about two people in love but one gets carried away by the glamourous life in a big city. I hope the audience loves the track as much as we do. It's the first time that Rits and I are working together and it was just so amazing.”

In a similar vein, Rits says, “It is not every day that you get to be a part of beautiful, melodious and heart-wrenching songs. I am truly grateful to be a part of Chup. It has now become one of my favorite songs. It is a song that most of us will relate to. We are hopeful that it will resonate with young music lovers.  I'm super selective about projects but when I heard the song I instantly fell in love with it and the storyline was just like the perfect icing on the cake. It was such a fun ride shooting with Siddharth and the Big Bang Music team was a dream to work with.”