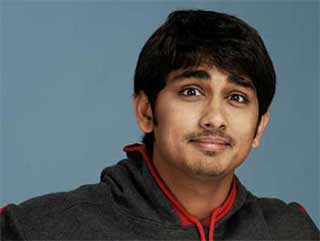 Southern actor Siddharth is upset that the release date of his forthcoming Tamil musical gangster film "Jigarthanda" has once again been postponed.

Karthik Subbaraj-directed "Jigarthanda" was expected to hit the screens Friday, but now it is not known when it will come out.

"Sorry Jigarthanda fans. External unfair pressure is forcing our film to be postponed. #JIGARTHANDA @karthiksubbaraj. Karthik, our whole team and I worked really hard for Jigarthanda. With no respect for us, without even discussing it with us ... postponed," Siddharth posted on his Twitter page Monday.

"Whoever you are who aided in this dirty game, you can delay us you cannot stop us. A good film cannot be killed. #JIGARTHANDA. All lovers of cinema please support @karthiksubbaraj & our team. Whenever our film releases it needs all your help. We are helpless today," he added.

Siddharth says they need a miracle.

"Heartbreaking. Paper ads with theaters list till Tuesday for a Friday release and then this happens. God save cinema! #JIGARTHANDA. We need a miracle. Praying! Give us our release date. #JIGARTHANDA. The producer of #JIGARTHANDA has personally informed other producers and distributors about the postponement. He has not informed us yet," he said.