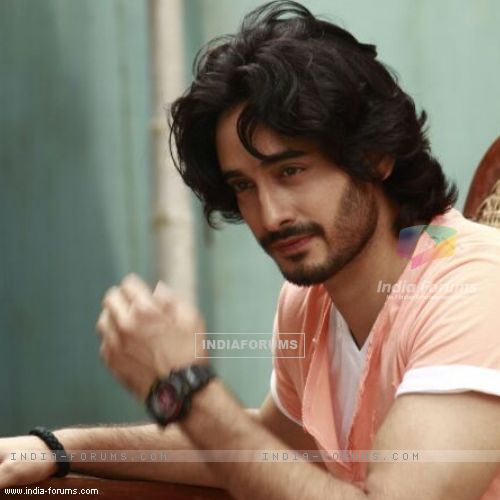 An Actors' life always seems beautiful from outside but which is not the case. Looking at actors we always think that they must be living a leisure life and that's why many of us aspire of becoming an actor. But an actor has to go through a lot and has to take painstaking efforts to execute a scene with perfection.
Siddharth Arora who essays the role of Raja Bhoj recently got his thumb injured while doing an action sequence.
When contacted Siddharth he says, "Recently while doing an action sequence I was badly hurt , I have got my thumb injured. We were shooting at the night time hence there was no chance of recovery and I had to continue with the shoot."
"It was a sequence where I had to fight with my enemies and due to a small mistake I have broken my thumb. It is so painful that I can't even hold things properly, I have skipped my workout because of the injury," he further adds.
Does he like doing action scenes? "Doing action scenes is something for which you have to be trained very well, it is a tricky thing. It's like a dance which has to be choreographed properly if not done you can end up making mistakes and harming yourself. When we do scenes we have very less time to practice as we have too many scenes scheduled back to back, so due to time constraints many a times such things occurs."
When asked Siddharth about which genre he likes the most and he says, "I like both genres action as well as romance. I enjoy doing both. When I was doing Na Bole Tum Na Maine Kuch Kaha Season 2 I essayed the role of a romantic guy and in Singhasan Battisi I am essaying the rugged role which includes action scenes on a regular basis."
We appreciate you efforts and wish you for a speedy recovery

michelle281194 6 years ago Just when Siddharth Arora started another show, Ishaan is back in Doli Armaanon Ki! I wish luck had been better and Sid was doing the role instead of Vibhav Roy (though Vibhav is nice, Sid was much better).