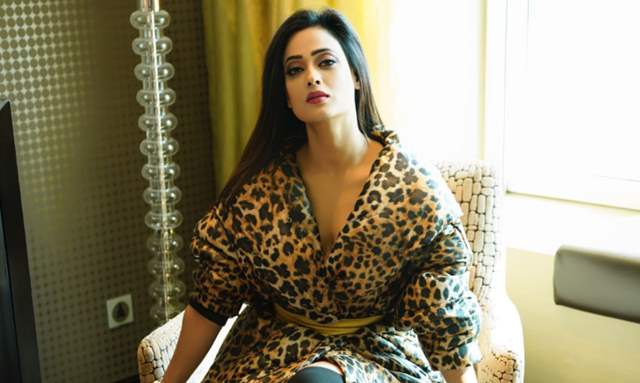 The High Court has granted Shweta Tiwari the custody of her 5-year-old Reyansh. While Reyansh had been living with Shweta since his birth, over the past two years, there were allegations leveled against her by estranged husband Abhinav Kohli. In addition, he also filed a Habeas Corpus against her, and mentioned in his petition how Shweta stays busy and hence, does not have time for son Reyansh. However, the court has dismissed the same and granted Shweta her son's custody. Meanwhile, Abhinav has been given visitation rights and will be allowed to meet Reynash in the building premises with family members present twice a week for the next two years.

“This is what I wanted and I am honestly satisfied with the judgement,” said Shweta Tiwari when reached out to her. “Abhinav would follow me everywhere I went in the last two years, he would end up in Delhi or Pune or wherever I travelled with Reyansh for my shows and create ruckus. It was mentally exhausting for both, me and my child. He would not stop at that and would create a scene and end up at my doorstep anytime,” Shweta added and mentioned that she never stopped Reyansh and Abhinav from talking but wrong allegations were put on her.

“I had always allowed him the right to visit Reyansh. In fact, as per the previous court order, he was only supposed to speak to Reyansh on a video call for half an hour but I never stopped them from talking more because I understand. But that same person went on to paint me as a bad mother, someone who doesn’t care about and is neglecting her child’s health. I work for my family and to give them a good lifestyle, what’s wrong in that? But he kept using that against me and I am glad that court dismissed that allegations,” Shweta sighed.

Shweta also asserted that questioning her role as a working mother is questioning the right of every single parent who has to work for living. “He alleged that I kidnapped Reyansh and kept him away from him, when I have proof that in all cases, he was aware of Reyansh’s whereabouts all the time. Even during Khatron Ke Khiladi shoot, he tried to create yet another scene despite being fully aware of Reyansh’s stay,” Shweta revealed.

The High Court observed that all the allegations levelled by Abhinav against Shweta were baseless and hence decided to keep the custody of the child with his mother. The Court in its judgement said, “there was no material, which prima facie indicates that the custody of the child with the mother was detrimental to his welfare and development. At such a tender age, a child needs the company of the mother and hence keeping him in her custody appears more natural and conducive for the development of the child.“

Arguing on behalf of Shweta, her lawyer Hrishikesh Mundargi rubbished the claims that Shweta isn’t able to give time and attention to Reyansh because of her professional commitment. Court, in return, made a great observation. It noted, “In our view, the issue of welfare of the minor cannot be determined on the sole parameter of the work commitment of one parent and the availability of ample time with another. The fact that respondent No 2 is a busy actor, cannot be contested to unfavourably judge her suitability to have the custody of the child.”

3 months ago I wish I could support either of the parents. Just saw a video, posted by the father, how both parents are stressing Reyaansh. No kid should go through the emotional stress, these two are dishing at him. Hope the child enjoys with both the parents and these clowns stop bitching about the other.

+ 4
3 months ago I am really glad that the court observed that a working mother doesn’t automatically become a bad mother, just because she is working hard to provide for her family. It’s a big step in changing attitudes towards working women 👏