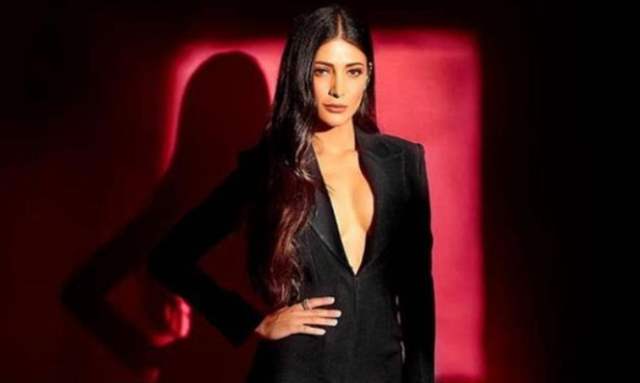 The pandemic has changed our working style in many ways across industries. Work patterns which were unknown to many have come into existence over the last year and a half. The scenario is no different when it comes to the entertainment industry and actors/crews are working around the current restrictions to keep themselves safe as well as meet deadlines.

Actor-singer Shruti Haasan, who has been working throughout the pandemic on various projects has been meticulously keeping all safety protocols in mind and has managed to wrap all her projects on time. She recently dubbed for her Amazon web series from home in order to keep herself and others safe instead of going over to a dubbing studio.

A source close to the actress says that she has been very cautious and has made sure no one around her is flouting the Covid protocols either. The Gabbar actor has had her hands full with multiple projects, many of which were shot during the pandemic.

The source revealed, “During the shoot for a particular Tamil film, there were 300 people on set which was against the government rules and she had no option but to leave the set. The actress was really upset that no one believed in covid on the sets. People were all maskless and not following a single covid protocol.”

The Ramaiya Vastavaiya actress who is known for speaking her mind out wasn't ready to risk her life or the lives of her staff.

Commenting on her stance and her recent dubbing session at home, Shruti said, “As actors we are obligated to fulfill commitments we have signed up for but at the same time one can’t let their guard down. There are always measures one can take to prevent exposure to the virus and we just have to adapt to the situation.”

The 35-year-old actress converted her sauna at home into a makeshift dubbing studio as she worked amid the Covid-19 pandemic. She took to Instagram to share a picture of herself in her new workspace and remarked about the ‘strange times’. In the photo, she can be seen speaking into a microphone, as she holds her laptop in her hand.

“I had a studio set-up at my home and dubbing for the web show from home was the safest thing to do. Since the second wave is highly contagious, one should do whatever they can to keep the virus at bay for the safety of themselves and their loved ones,” she signed off.