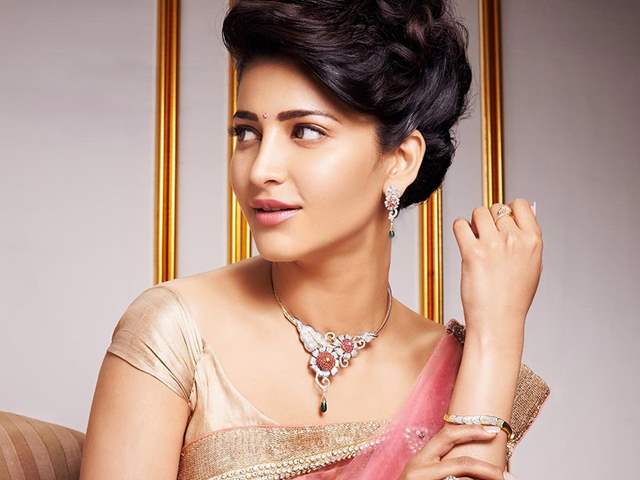 Shruti Haasan is fierce in fighting back when it comes to body shaming, and she is calling out loud this time. Although she claims that she is not affected by bullies and trolls commenting her fat and thin every chance they get, sometimes it gets unavoidable and this is very visible in her long, heavy worded post on social media. “Luck” actress has recently undergone surgery but mentions that she doesn’t promote it, neither stands against it.

“These two pictures have been taken three days apart. I’m sure there are women out there who relate to what I’m going to say. Most often I’m at the mercy of my hormones mentally and physically and over the years I work hard to try and have a healthy relationship with it. It isn’t easy. The pain isn’t easy the physical changes aren’t easy but what’s become easier to me is to share my journey. No one famous or not is in a position to judge another person. Ever. That’s just not cool. I’m happy to say this is my life my face and yes I’ve had plastic surgery which I’m not ashamed to admit. Do I promote it? No am I against it? No - it’s just how I choose to live. The biggest favor we can do for ourselves and others is just to be and learn to accept the changes and the movement of our bodies and minds.”  Shruti writes as she shares the pictures.

Although the anger was quite clear from the post, she ended it on a positive note asking people to stay cool and open-minded about such things. She also appeals to people to spread love rather than hate because it naturally makes sense. Her post received a lot of love from fans and friends.