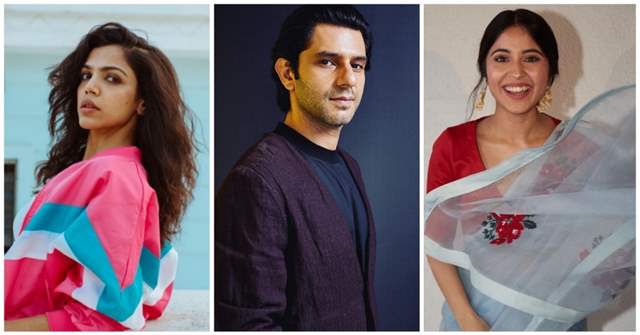 Shriya Pilgaonkar, Arjun Mathur & Shweta Tripathi will soon be seen in a thriller web series titled 'The Gone Game' which has been shot during the lockdown from the Actor's respective homes. Apart from this, the series also stars some of the prominent names like Sanjay kapoor, Rukhsar Rehman, Lubna Salim, Indraneil Sengupta, and Dibyendu Bhattacharya amongst others. The story revolves around the mystery behind a death which occurs during the lockdown and it showcases how it changes the life of a family.

Speaking to IANS, director Nikhil Nagesh Bhat says that 'The Gone Game' is an original series in every sense. He also added that be it the storyline, the characters or the overall visual appeal, they have tried to make it authentic while keeping the current lockdown scenario as the backdrop of the show. He also mentioned that it won't be wrong to say that they made it from scratch as they were working with very limited resources and were shooting entirely from home. They also had to use some innovative techniques to ensure that the performances do not suffer because of the constraint of physical proximity.

He further added that they learned and unlearned many aspects from their test shoots and it also gave the actors as well as the technicians a lot of change to innovate. 'The Gone Game' will release in July on Voot Select.

Are you guys excited for this upcoming thriller? Do let us know your views on the same in the comments section below.

Mirzapur to Made in Heaven, List of Shweta Tripathi's Fascinating ...

Varun Dhawan and Kiara Advani all set to star opposite each ...
2 minutes ago

Mohit Kumar: Surviving in Mumbai without work is tough; it's ...
57 minutes ago