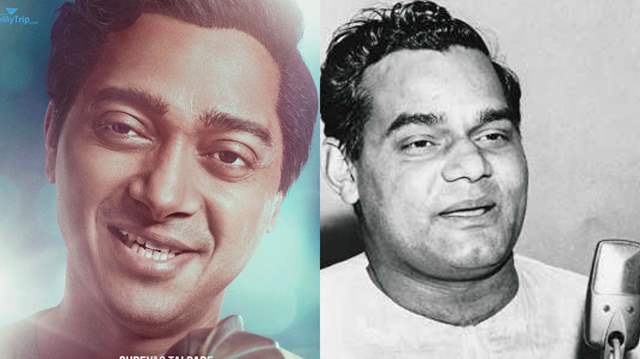 Kangana Ranaut is once again donning the director’s hat for her film 'Emergency' in which she plays the role of former Prime Minister Indira Gandhi.  A few days ago the makers announced that Anupam Kher will step into the shoes of revolutionary leader JP Narayan for the film and today there is another cast revelation.

The makers have now revealed that actor Shreyas Talpade will be essaying the role of  Atal Bihari Vajpayee who served three terms as India's Prime Minister.

Taking to her Instagram account Kangana shared a new poster of 'Emergency' unveiling Shreyas' look in the film. She wrote,

"Presenting @shreyastalpade27 as Bharat Ratna Atal Bihari Vajpayee in #Emergency, a true nationalist whose love and pride for the nation was unparalleled and who was a young upcoming leader during the time of Emergency…."

Shreyas also shared the post and captioned it as,

"बाधाएं आती हैं आएं घिरें प्रलय की घोर घटाएं, पावों के नीचे अंगारे, सिर पर बरसें यदि ज्वालाएं, निज हाथों में हंसते-हंसते, आग लगाकर जलना होगा। कदम मिलाकर चलना होगा। - Atalji. Honoured & Happy to play one of the most Loved, Visionary, a true patriot & Man of the masses…Bharat Ratna Atal Bihari Vajpayee ji. I hope I live up to the expectations. @kanganaranaut thank you for seeing me as Atal ji. You are undoubtedly one of the most talented & versatile actresses of our country but you are an equally good Actor’s Director. It’s time for #Emergency! Ganpati Bappa Morya 🙏"

Soon after the announcement fans have swarmed the actor's social media and commented on their urge to see him ace the role of the former PM.

The movie, understandably, is based on the Emergency, the period between 1975-77 when a nationwide emergency was imposed by the then PM, Indira Gandhi.  It is reported that Emergency will hit the theatres in 2023.