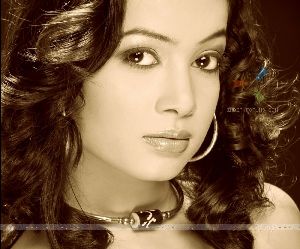 The evil Shravani of Zee TV's Pavitra Rishta will be back to create a menace in Archana (Ankita Lokhande) and Manav's (Sushant Singh Rajput) life. Following the story's demands she made a temporary exist from the show, couple of months ago..

A source informs, "Pooja was approached to come back a while back but due to the ongoing festive season her entry got postponed."

We hear that her entry will bring a major change in the story line after an accident occurs in the family. The creative team is leaving no stone unturned to make this track more interesting.

"Initially Shravani will maintain a slight distance from the family but due to various circumstances she will be forced to interact with Manav's family,"adds the source.

The character will not only have a different mind set but will also be sharp in her appearance.

Talking about her new look the source declares, "Shravani will be shown as a business women who returns to India for work and hence her look will be completely different this time around."

Pooja is expected to be seen on screen from tonight's episode where she accidentally bumps into Savita Tai (Usha Nadkarni).

When contacted Pooja Pihal, she was delighted to confirm the same, "It's like coming back home. Hope the audience enjoys my track."

With Shravani's entry back into Archana-Manav's lives, there definitely is a lot of masala in store for the audience to witness...

9 years ago This show has became pathethic

i would prefer any track except baby gifting track

+ 3
9 years ago i think sravani demands for sachin back into her life as she is now capable of taking care of him as she is doing business.
Now archna-sachin bonding is focused i think

9 years ago Hm...Not at all interested to watch this track

9 years ago It's not the characters she plays that bother me. It just isn't.

It is the damn actress and her voice! She makes me want to prick my ear drums and to add to misery she plays characters that require her to nag and bi*ch! why? why? why!

+ 3
9 years ago Shravani's entry will complicate the storyline... CV's we don't want her!