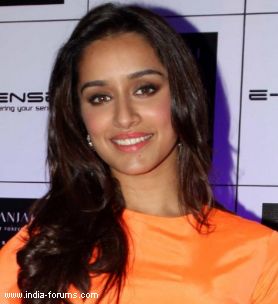 Actress Shraddha Kapoor is busy promoting her forthcoming film "Ek Villain", despite being a little under the weather.

She has been to Jaipur and is now in Kolkata to promote the film that also stars Sidharth Malhotra.

"Shraddha has been a little under the weather. But she is very excited about the release and she is going all out to promote it," spokesperson of Shraddha said in a statement.

She has also been tweeting photos and updating about her activities during the multi-city tour promotion.