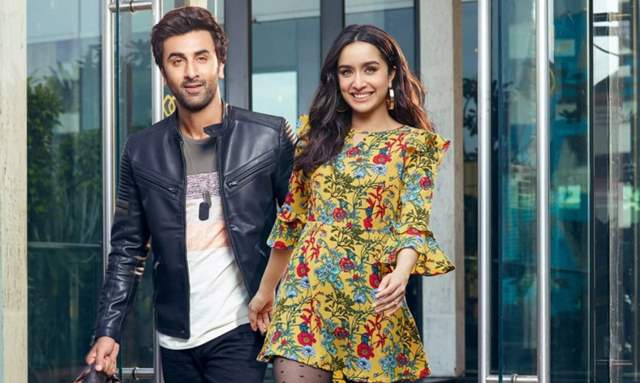 Ranbir Kapoor and Shraddha Kapoor are currently shooting in Delhi for Luv Ranjan’s untitled film. The two were extensively shooting for the director’s next film and now the makers have finally announced the release date of the Ranbir-Shraddha starrer film.

Luv Ranjan’s production house took to their official Twitter handle to announce the date of the upcoming film. “Mark your calendars! Luv Ranjan's next starring #RanbirKapoor & @ShraddhaKapoor will release on Holi 2022, 18th March!” read the statement released by the team.

Now, during a recent interview with Bollywood Life, the Saaho actress shared that she is really excited to work with a filmmaker like Luv Ranjan and she really admires his work, he is a brilliant director.

Ranbir-Shraddha are an entirely fresh pair and fans are looking forward to seeing them star together in Rajan’s upcoming film. Looking back at the film choices, on the other hand, the two share a promising graph and have repeatedly impressed the audience with their film choices.

I was really looking forward to working with Ranbir — I only heard word what an amazing actor he is to work with on set, and I have to say that whatever praises I heard about him, they're all true. After shooting a little bit in Delhi, I can say that the ongoing process has been a completely unique experience. Also, it's almost after one year I'm shooting for a film, so I'm so, so, so excited about getting back,

shared Sharddha Kapoor in an interview with Bollywood Life.

Meanwhile, on the work front, Shraddha Kapoor has been working for the mega-budget Nagin trilogy, produced by Nikhil Dwivedi, and directed by Vishal Furia of cult Marathi hit, Lapachhapi fame.