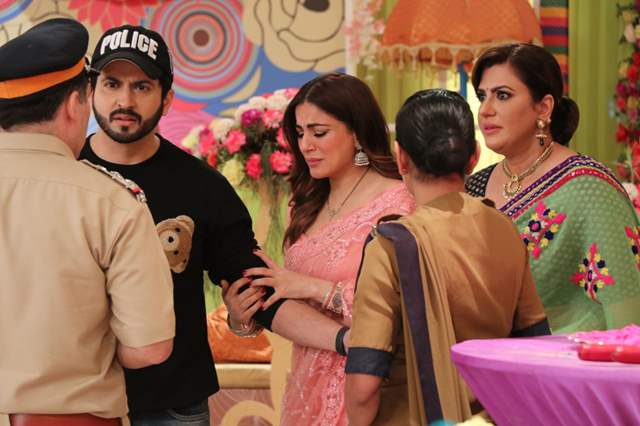 Zee TV’s top-rated show - Kundali Bhagya has offered many interesting twists to its viewers ever since its inception. All the drama in Karan (Dheeraj Dhoopar) and Preeta’s (Shraddha Arya) lives has surely kept the audience at the edge of their seats over the past few months. The show recently saw a dramatic twist in the tale where Akshay (Naveen Sharma) was declared dead, and a murder mystery left the police looking for clues and questioning the Luthras. However, in the upcoming episodes, the whole tale will turn on its head as the police conclude its investigation and accuses Preeta of killing Akshay. In fact, she will be arrested and put behind the bars.

The next few episodes will showcase the police revealing Preeta’s hand and role in Akshay’s death. While Karan will try to stop the police and confront Preeta, the latter will admit that she met Akshay to help Kritika (Twinkle Vashisht). Confused by his death, Preeta will also admit that while she did hit him, killing him was never her intention especially since she didn’t attack him in a serious manner. All their efforts will go in vain when despite all the reasons, a distraught and worried Preeta will be handcuffed and taken to jail.

Shraddha Arya, who plays the role of Preeta in Kundali Bhagya, revealed, “The upcoming twist in Kundali Bhagya will surely keep everyone at the edge of their seats. Preeta will be accused of Akshay’s murder and she will be jailed. While she will try to join the dots, being locked up in jail all alone with a murder charge on her head will leave Preeta distraught. She will be seen sobbing in the jail while being confused about the incidents leading up to her arrest as well as worried about her fate. I must say that such sequences are challenging and a true test of an actor’s calibre. To display the perfect emotions at the right moment is a task but I love challenges and I have given my best for the sequences and tried to make it look as real as possible. I hope everyone enjoys the new twist and keeps showering our show with their love and affection.”

While Preeta gets locked up in jail, what is the new plan that Prithvi (Sanjay Gagnani) and Sherlyn (Ruhi Chaturvedi) will execute to wreak havoc in the Luthra house? And will Preeta be able to prove herself innocent and get out of jail?

28 days ago Many interesting twists since its inception 😂😂😂 you are kidding me. Kundalini Bhagya has offered nothing at all.

+ 6
29 days ago How Stupid. This is the worst show on Indian Television ever.

29 days ago Lol she can do a jail scene with her eyes closed! Preeta has been in jail 20 times before. She is always alone because her beloved husband, The Karan Luthra is always leaving her alone or standing mute while others kick her out or drag her away. Maybe the proposed lockdown will give these producers and writers a few days to come up with at least one fresh idea.😭

29 days ago I respect the actors - they're only doing their job. But I completely detest the producer for this huge pile of rubbish. And I feel sorry for the mindset of the people who actually watch this "negative infinity" IQ level production - and others like it. With these kind of shows we are witnessing the absolute destruction of the minds of the Indian masses into a putrid brainless morass.