Media exposes are still scarce in our movies. Somewhere filmmakers feel condemning the press would invite bad reviews for the film.

So is the press sporting enough to take pot shots at itself?

The gutter-level of a part of the electronic medium is here converted into fodder for murky movie making. Taking a cue from Hollywood films like 'Absence Of Malice' or the recent 'Paparazzi', choreographer-turned-director Raju Khan goes for the jugular but somewhere loses his way and ends up with the jocular.

The electronic media barons and journalists behave no better than the cheap filmy villains of yore, scheming, conniving, leering and indulging in the most vulgar behaviour, making one wonder if there is any difference between Mogambo in 'Mr India' who fantasised in his surreal den and the media baron in 'Showbiz' (played with habitual cool by Gulshan Grover) who plots the downfall of celebrities.

From the giggly wide-eyed reporter in 'Mr India' (Sridevi) to the vicious immoral news-hound played by Sushant Singh here, journalism, like every other walk of modern life, has come a long way in our cinema.

The Bhatts are known to take on the establishment. There're no sacred cows in 'Showbiz'. The wicked ones in this case is a caucus of media-persons from the electronic channels who decide they want to bring notoriety into the life of a rock star, played by yet another debutante Tushar Jalota.

As in a majority of the films written by the Bhatts, 'Showbiz' has a core of brutal honesty in the way it looks at contemporary city life.

The hero Rohan Arya (Tushar) is a small-towner with values that make him stand outside the circle of corruption and compromise that cordons off the entertainment business.

Interestingly the leading lady Shikha (Mrinalini Sharma) is Roshan's senior in the music company where the wannabe tries to rock. Successful but stranded in a state of solitude she's afraid to let her heart take over her head.

The protagonists and the incidental characters (including the hero's waylaid doped-out sister) are in constant denial. The plot after a while goes the same route.

The characters remain interesting as long as they aren't made to adhere to conventional rules of celluloid drama. Once the villains begin to play a perverse power game with the hero, the narrative rapidly plunges into a state of irredeemable mess.

It isn't that one objects to media persons as villains...If we've politicians, cops and other professionals as villains, then why not journalists? Sushant Singh as the arch-villain negotiating with sundry channels in debauched denominations of ambition is delectably crooked.

Here's an actor who always brings a sense of ripe bustle to the core of his characters. Lamentably the supporting cast of evil journos just don't seem to get the fun side of being incurably mean.

A bigger villain than the villains on screen are the nasty situations in the script, which depend on blood-splattered morbidity to bring out the scribes' sordidness.

Subtlety, where art thou?

Going easy on the blood melodrama and pseudo-velocity would've perhaps heightened the theme's inner strengths. If you expected a treatise on journalistic ethics, they came in staccato spurts. Largely the film just goes awry in search of a script.

While the leading lady Mrinalini Sharma is restrained, one often gets the feeling she's modelling herself on Bipasha Basu.

Debutant Tushar Jalota catches on to the expressions of a boy-man hounded, pounded and finally vindicated. He knows how to push the right buttons in his abashed armoury of expressions.

But the expressions are frittered into a plot where the characters are as hell-bent on self-destruction as the product that houses them. 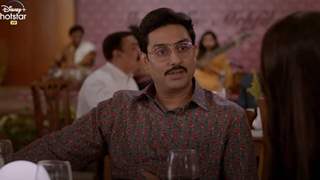 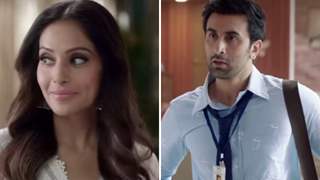 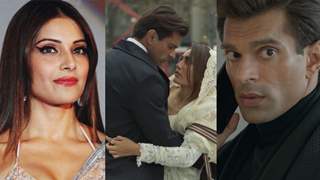 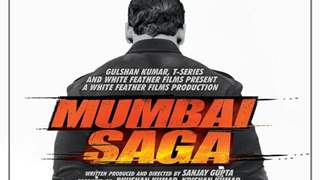