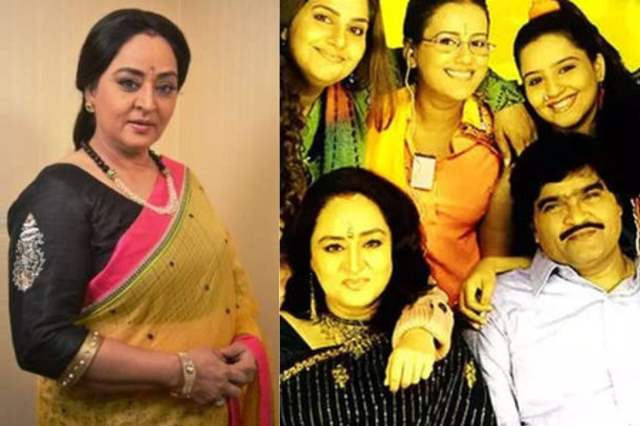 "Hum Paanch" is back on the small screen, and actress Shoma Anand is enjoying seeing the younger version of herself in the sitcom.

Speaking about the same she said, "It felt really good to know that after nearly 15 years, the 'Hum Paanch' family is back to make people laugh, that too during such a testing phase of life. A lot of people who are at home were starting to feel depressed, but now they can forget everything and can have at least 30 minutes of fun and laughter with the 'Hum Paanch' family,"

Now, she sits with her family and watches the popular drama.

"Just a few days back, while watching the show, I and my family were observing how much I have changed since the show went on floors. I really enjoy seeing the younger version of myself and all my other co-actors because when we used to shoot, we couldn't see the episodes. So while watching the show, we are reminded of all the good old memories," said Shoma, who played Veena in the show.

A story of an ordinary yet amusing middle-class family, "Hum Paanch" revolved around Anand Mathur, his second wife - Bina Mathur and his five daughters, who are constantly plotting plans to turn his world upside down. Adding more chaos and confusion to his life is the photo frame of his late wife, who occasionally talks to him and nags him on certain decisions.

'Back To The Future' Writer Asks To Destroy Netflix Censored Version ...

Neha Dhupia Says Nobody Likes To Be Trolled

After 'Lizzie McGuire' Hilary Duff To Lead In 'Younger' Spin-Off

Vijay391379 2 months ago Now you can watch the Hum Paanch comedy-drama television series online at Best Shows Ever Zee5 Nostalgia section of the ZEE5 OTT player. Hum Paanch is a Hindi comedy-drama television series starring Ashok Saraf, Shoma Anand, Vidya Balan, Priya Tendulkar, and Rakhee Tandon. The series is considered one of the all-time favorite comedies on television. Anand Mathur lives with his wife and five wild and troublesome daughters. The sisters are poles apart from each other and a normal day in their life is filled with loads of adventures and laughter. Though Anand is often annoyed with his daughters but is also proud of their feats.

CINTAA ties up with Zindagi Helpline for combating suicides, ...
23 minutes ago

Sushant Singh Rajput Revealing about the Moment he Got Very ...
23 minutes ago