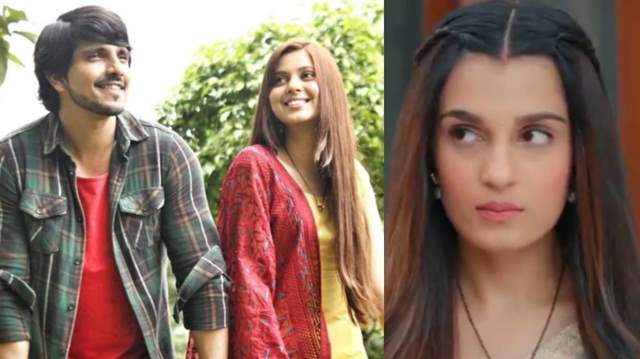 Star Plus show ‘Pandya Store is getting quite interesting with each passing episode. The current track of the show revolves around Suman taking charge of running the house from Dhara as she’s pregnant. While Dhara enjoys the love and care that everyone is showering on her but she gets disappointed thinking several other things. Meanwhile Raavi and Shiva are continuing with their fights as well as sly care for each other.

In the upcoming episode, Suman asks Dhara to stay out of the household work and take proper rest. Shiva checks the main entrance of the house and locks it properly as Raavi has decided to sleep in the lawn. Krish jokes about the same in front of everyone, leaving Shiva and Raavi awkward. Later, Shiva realizes that Raavi gets easily scared. He opens the door of his room and speaks to Raavi so that she doesn’t feel scared. Raavi sleeps peacefully, Shiva adores her.

Dhara witnesses Kanta Kaaki’s daughter-in-law hitting her son as he is cheating on her. She states that since after delivery her face and body has lost it’s shape, her husband is not finding her attractive and hence he has been cheating her with another woman. Dhara gets shocked and gets thinking if the same could happen with her.

Raavi plans to make brinjal for lunch but Krish tells her that Gautam and Shiva don’t like it. Raavi states that they’ll have to eat as she can’t be making many vegetables as she is also busy. Rishita calls a maid but Suman rejects her as she was charging a lot of money. Prafulla stops Anita from visiting Dhara’s house.

Raavi gets fruits for Dhara and asks her to eat. Some vessels fell in the kitchen and Dhara gets restless to find out. Suman states that Dhara is restless as she can’t see other daughters-in-law taking over the household chores. Dhara gets awkward listening to the same.

ALSO READ: Pandya Store actor Kanwar Dhillon: I think intense scenes are something for me that I enjoy doing

+ 3
2 months ago Can they show a teeny bit care from Raavi to Shiva. It is always coming from Shiva. But Raavi is all about Dhara D’s care and bachpan ka pyaaar for her🙄 There is absolutely no progression in shiva-Raavi’s story.

2 months ago Can we have progress?

+ 4
2 months ago Waiting for a better ShiVi track