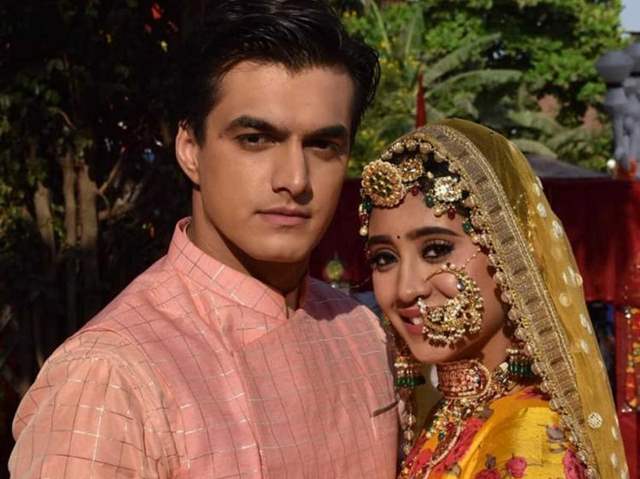 Yeh Rishta Kya Kehlata Hai has been in the news for a while now given Naira's (Shivangi Joshi) track ahead. While the promos have been doing the rounds for a while now and though it is expected that her character will later undergo a revamp, fans have been waiting eagerly to see what will come through.

Amid all of this, there were also reports that she will be leaving the show, but while talking about it to The Times Of India, Shinvagi revealed how those did not bother her, but she was surprised. Shivangi also mentioned how these are just rumours and while she cannot talk about it much given that the track will unfold in the next 10 days, it is emotionally taxing. She also requested the fans to keep loving the show as they have for the past 20 years.

She also spoke about the character sketch ahead, she added how she thinks everyone knows her first reaction when she was narrated the death sequence. She revealed how she and Mohsin were together when they heard the narration and she started crying. She also added how though she wanted to stop her tears and tried controlling her emotions, she couldn't.

Meanwhile, Mohsin also felt emotional when narrated the sequence at first and though he is not aware of the entire plotline, it is going to be an interesting twist. He also recalled how he had tears while rehearsing and reading a sequence that was 20 minutes long.