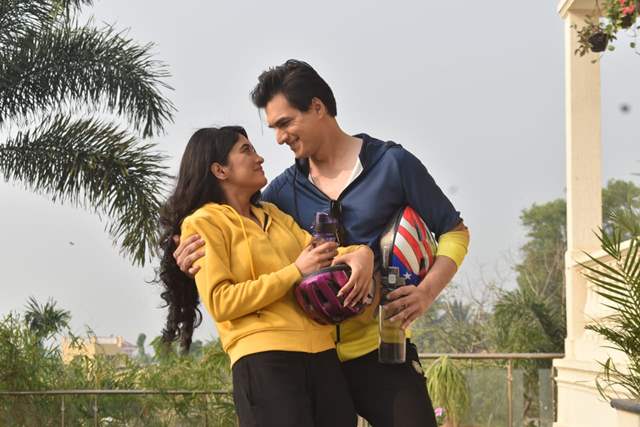 The love and family values in Rajan Shahi's Yeh Rishta Kya Kehlata Hai has held the audience's attention for over 11 years now. And now the show is going to take an unexpected turn in the coming weeks. The chemistry of the lead couple, Kartik and Naira, has enthralled the audience for over four years now, and they are now going to take the story forward away from their family.

Yes, you read it right. Kartik and Naira, played by Mohsin Khan and Shivangi Joshi, respectively, are now moving to Mumbai, and it's their life in this entirely new city that will form the basis of the new track.

The new episodes will air from Monday, November 30, onwards. Sharing details about it Rajan Shahi said, "I feel that Shivangi and Mohsin have one of the best on-screen chemistries which audiences have seen till date, and they have projected and played it brilliantly over the last few years. Both Shivangi and Mohsin have re-evolved their chemistry with every phase of the show, and they complement each other the best. It's the best jodi in the industry and I am looking forward to Kartik-Naira's (KaiRa) journey in Mumbai from Monday onwards."

Well, that's not it. The makers are also introducing a new character in the show in the coming week, however, the details are still under wraps. So are you excited to watch KaiRa take on Mumbai?

SweetButSpicy 1 months ago Cannot wait to watch it.