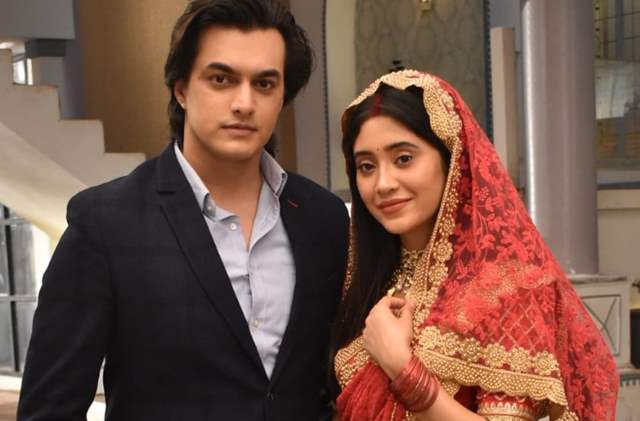 Shivangi Joshi and Mohsin Khan, popularly known as Naira and Kartik of Rajan Shahi's "Yeh Rishta Kya Kehlata Hai", are all set to commence a new journey in the hit TV show Monday, November 30, onwards. And they are going to celebrate the beginning of this adventure with their precious fans in a special way.

As we all know, Shivangi and Mohsin are one of the most popular jodis of the Indian television. Their love story and progression has kept the audience hooked for the last four years. So, on Monday (November 30), Rajan Shahi has ensured that they take on this new journey but by first addressing their fans for all the love and support they have showered on them over the years. The duo is going to talk to their admirers and supporters through a series of special video messages starting from Monday.

Speaking about this interesting idea, Rajan Shahi said, "The audiences have always supported Kartik and Naira. So we have a devised a unique way through which Shivangi and Mohsin will be sending their personal messages to their fans and the first video will be launched on Monday, which is the day on which they embark on a new journey in their show 'Yeh Rishta Kya Kehlata Hai'. So to commemorate the new journey of Kaira, from November 30 onwards, they will be sending a video message."

"Yeh Rishta Kya Kehlata Hai" has given the audience their daily dose of entertainment for over 11 years now. Keeping the new generation's preferences and inclination in mind, the makers have always made the sequences keeping their taste in mind. So, stay tuned to watch your favourite show Monday to Saturday at 9 p.m. on Star Plus