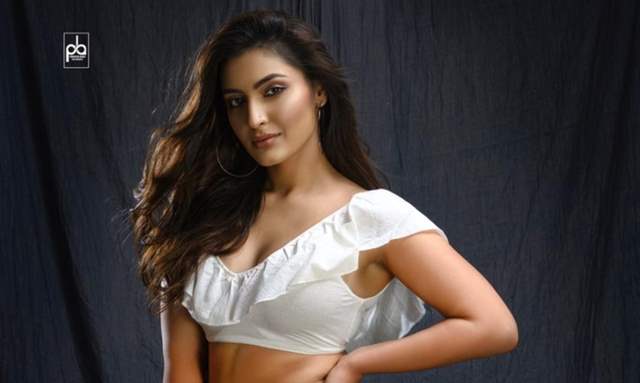 Shivanggi Verma who is making a comeback on TV of sorts with popular show Choti Sarrdarni is all excited and content to be a part of the TRP topping show.

Actor Shivanggi Verma who was last seen in Zee TV show Bhootu will be returning to screens after a brief period. Shivanggi will be seen in Colors’ TV Choti Sarrdaarni, which has from its inception garnered eyeballs and great TRP numbers. The young actress has started shooting for the show and it's highly touted that there are chances of a love triangle with her entry.

“I am really happy and content to enter Choti Sarrdaarni as Samayra. I have been watching the show and it is my privilege to be a part of such a celebrated show. Who would say a no to a show like Choti Sarrdaarni.  While I cannot reveal much about my character, I am playing an NRI return and with my entry, there will be a lot of twists and turns in Meher and Sarab’s life. The viewers will have to watch the show if these twists are for good or bad”, says Shivanggi dropping some hint on the upcoming track.

Ask her why was she away all this while, she says, “Well, I had auditioned for shows and had been finalized as well, but unfortunately something or the other doomed either my character or the show itself. In these 4 years, I did a lot of commercials and I recently had my music video on-air titled ‘Ishaara’ sung by Shael Oswal. I am really looking forward to bouncing back on TV with Choti Sarrdaarni and I hope people like my character in the show,” concludes Shivanggi.

No theater release for Kartik Aaryan's Dhamaka; Actor reveals how ...