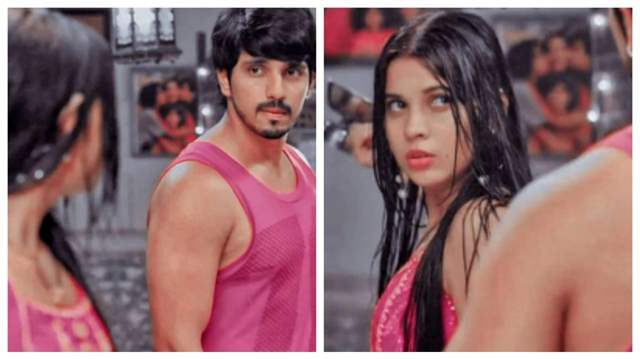 Star Plus’ show Pandya Store is riding high on success. The current track of the show revolves around Dev and Shiva planning to build a new room for Dhara and Gautam as the duo is compelled to sleep in the veranda. Meanwhile Raavi and Shiva’s closeness have been increasing. Shiva wants to confess the same to Raavi.

In the upcoming episode, Gautam tells Dhara that they should let Raavi and Shiva spend more time together so that they can figure out their love for each other. Dhara asks Shiva and Raavi to go to Pandya Store and work together. Raavi gets excited. Raavi and Shiva heads for the shop and in the mid-way, Raavi’s friend Sneha meets her. She speaks ill about Shiva and states that they both don’t have a match. Sneha insults Shiva’s dressing sense and the way he looks. Raavi tries to stop her but she goes on insulting Shiva. Shiva leaves the spot angrily. Raavi lashes out at Sneha and tells her that Shiva is her husband and she shouldn’t have spoken ill about him. Raavi blocks Sneha’s contact from her phone and rushes behind Shiva but he doesn’t listen to anything that Raavi has to say. Raavi returns home.

Shiva returns home late in the night in a drunken state. He goes to his room and watches Raavi sleep peacefully. He sees her diary beside her and opens it. On the first page, Raavi had written her name along with Dev’s. Shiva gets shocked seeing the same while on the other page he finds a rose. Shiva feels that Raavi still loves Dev.

2 months ago Looking forward to the upcoming episodes. KD is amazing as Shiva. Love both Shiva and raavi

+ 3
2 months ago KD did a superb job as Shiva in the episode! Looking forward to more of Shiva and Raavi and their story!

+ 2
2 months ago What a great episode! Everybody did a great job! It was dad to see his Shiva’s humiliation! A specialmention about Kanwar Dhillon, he went from a guy who is love stricken to an angry young man , who is hurt. Both Kanwar Dhillon and Alice Kaushik are doing an amazing job as Shiva and Raavi.

2 months ago Kanwar Dhillon and Alice Kaushik are slaying as Shivi!!!Waiting to see this upcoming track...Its going to be beautiful!!!

2 months ago Love Kanwar Dhillon and Alice Kaushik as Shivi. They rock in Pandya Store