View Profile
SRK's latest, Ra.One, was anticipated by many but unfortunately didn't live up to the expectations of B-Town. 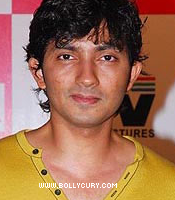 At a time like this when this mega budget movie practically rubbed SRK's nose in the dust, and his luck runs low, the least he'd expect is consolation from B-Town buddies, but it looks like that isn't to happen either. Why? Well, Shirish Kunder, beau of SRK's ex-best mate, Farah Khan, is the first among many to ridicule the downfall of Ra.One.

The film got a mixed response from audience and apparently, didn't prove to do much good. Instead of offering comfort and uttering a a couple of words of solace, Farah Khan's director hubby was a tad too sarcastic on twitter. Shirish tweeted,"I just heard a 150-Cr firework fizzle." ((c)Twitter)

And if that wasn't to be enough, he went on to stoke the Khan war a li'l bit more. While he was poking fun at SRK, he was all praises for Salman. He also tweeted, "Bodyguard is trending. Everything else is pending." ((c)Twitter)

The cold war between SRK and Farah was declared when she signed Akshay Kumar for Tees Maar Khan in place of SRK. Things tumbled further when King Khan refused Farah's invitation to grace a show and things just kept getting worse.
And SRK's reaction to this tweet? If any, we wonder!

Ravi Kishan Hits Back after Anurag Kashyap Accused him of ...
12 hours ago