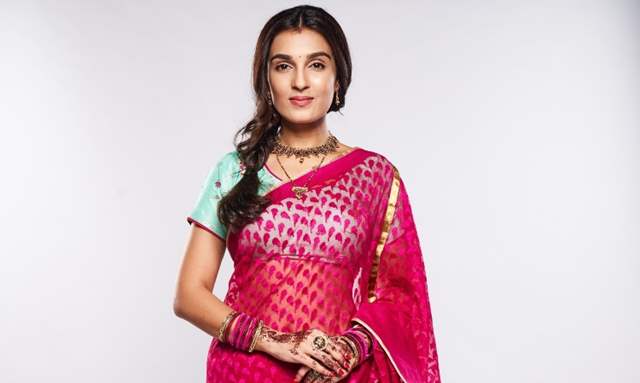 Shiny Doshi and Kinkshuk Mahajan are gearing up for their upcoming release, Pandya Store on Star Plus. While the promos of the show have been received with a decent response, we got in touch with Shiny Doshi who plays the role of Dhara Pandya in the show. She got talking about the show, her thought process into taking up the show, and more.

How has it been shooting amid Coronavirus, returning to screens after so long?

Getting back to shoot after Coronavirus has been a little difficult because I have mom at home, there are so many people on the shoot and you are exposed to so many people. But then, the question arises as to how long will one sit at home, it is important to work, right! Initially, it was different and that schedule was also in Somnath and Bikaner, otherwise, the production house is good, we are taken well care of and the necessary protocols are followed.

What was your initial reaction to the show and what made you finally say yes to it?

So when I got a call for the show, physical auditions were not happening because of COVID, it was from home and I also sent a self-tested thing, and we then later did it at the office with proper attire, which was loved by everyone. Even though I did not receive a lot of details, but for an actor to go through all the series of tests before being final is when the actor comes to know about the details of the show. On knowing more about the show is when I further developed an interest in it because it is realistic, of course, there is drama, but even that is in a real space, especially in the current situation when people are jobless, their shops have shit, so people will be able to relate to the situation we are in and that they are in. It is going to give a very positive message to the audience that when you are working hard and when god is blessing you, everything is going to fall into place.

Slice of life shows are a thing right now, some hit it off with characters and some with breaking stereotypes. What do you think sets your show apart in that sense?

In my show, there are a lot of layers as there are so many characters, so many kids, there is a journey that is shown from childhood to growing up, people will see our lives very nicely in the show.

How has your shooting experience with the team been?

It is a lovely experience, Kinshuk is a brilliant human, he is a very nice guy, a very great actor, and he has done so many shows. Plus, the kids on our show are great artists and everyone remembers their lines thoroughly. I was scared in the beginning because I haven't shot scenes with kids, but they are the masters, we may miss our lines, but theirs won't be here and there.

As far as your character is concerned, is there anything that you related to it?

A lot of things are similar between Dhara and Shiny, but a lot of things are not similar either. As for Shiny, she is a little glam while Dhara belongs to a small town. I love wearing traditional clothes, but I also like western culture as well, but that is not true for Dhara. As for both of us, we both believe in giving and the struggles for family, among other things, are also things that hold true for both of us, always ready to help them and the people around. Some people like her, some people don't like her, and that holds true for real life as well.