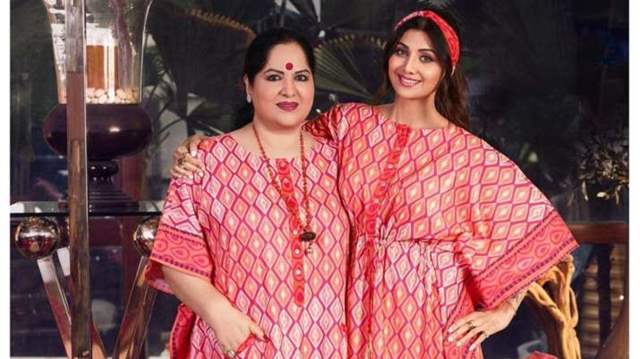 The Shetty-Kundra family's legal problems are not getting a full stop. The most recent one tends to involve Shilpa Shetty's mother, Sunanda Shetty. A city court issued her bail in a loan default and deception case on Tuesday. Sunanda Shetty's bailable warrant was revoked by the Metropolitan Magistrate Court in Andheri last month. Shetty was in court on Tuesday to hear the ruling from Metropolitan magistrate RR Khan.

The fraudulent case goes way back to 2015, when Sunanda Shetty's late husband, Surendra Shetty, allegedly took out a Rs 21 lakh loan. Surendra Shetty passed away in 2016, and Amra tried to claim that the Shetty family rejected to repay the loan. Shilpa Shetty and her sister Shamita's names were previously associated with the case.

The court cases against Shilpa and Shamita were later stayed by the sessions court, but the magistrate was allowed to proceed against their mom. Sunanda Shetty has now been released on bail in the case. Aside from this case, Raj Kundra's adult content case is still ongoing.

Mr. Kundra was arrested in July in connection with another case under investigation by the Mumbai Crime Branch. He was arrested on suspicion of producing and distributing pornographic films through a subscriber-driven mobile app called 'Hotshots.'

According to the investigation agency, Kundra and his associates were using the app to publish and stream obscene information. According to the bail petition, there is no solitary accusation in the entire supplement charge sheet against Kundra that he was intimately involved in any of the content shoots.

In September, he was granted bail in that case after posting a 50,000 bond.