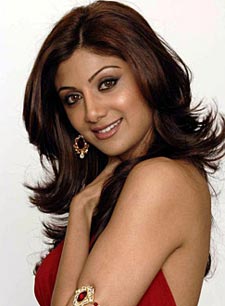 According to our well placed sources, "It's going to be a two-heroine project. While Shilpa will be playing one part, she is in the process of signing on another big Bollywood heroine for it".

The actress who thinks twice before signing on a project now, that too after the super success story of her 'Big Brother', has been flooded with enormous offers in Bollywood as well as abroad. Adds our source, "It's only natural to be offered unheard of amounts after the kind of international fame she has received. Shilpa is choosing only those films which will give her complete creative satisfaction".

The viewers will see Shilpa is a completely different avatar in her next two releases. One is Sunny Deol's directorial venture, 'The Man', where she will be playing a role and incident that happened to her last year. Her next project would be filmmaker Uru Patel's international flick 'Hanuman', featuring her in the role of Goddess Sita, with Hollywood actor Keanu Reeves being tipped to play Lord Ram.-(SAMPURN)