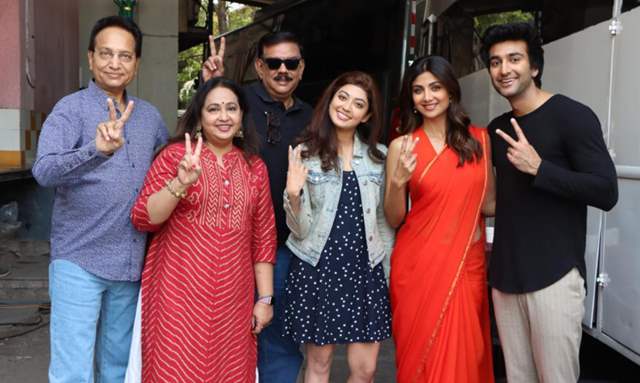 The team had double ‘Hungama’ on the sets as they wrapped shooting of the film soon after they celebrated ‘captain of the ship’, Priyadarshan’s birthday. The entire cast and crew got together on Priyadarshan’s birthday and cut a cake, and even re-enacted iconic scenes from his films. To mark the wrap of the film, the cast posed for fun pictures which capture the vibe of Hungama 2.

Speaking on the wrap of the film, Priyadarshan said, "Even after so many years, Hungama is still fresh in audiences' mind and it was  a challenge to ensure Hungama 2 was even more entertaining than the first installment.  But the cast and the entire crew more than  lived up to the expectations and I am eagerly waiting to share the film with the audience."

Ratan Jain, Producer of Hungama 2 said, ”When we started shooting for Hungama 2, we had a vision of a wholesome comedy and a through entertainer for all and we are quite happy with how the film has shaped up. Our director, Priyadarshan is one of the stalwarts of the genre and we are now eagerly waiting to take our audience on a ride full of entertainment and laughter with Hungama 2.”

Recently, the cast of the film had shot for the title track and glimpses from the sets went viral, creating a lot of excitement around the film.