Shilpa Anand’s exit from the popular show, Dill Mill Gayye left her fans heartbroken and bewildered. When the news of the actress’s departure was broken, it was claimed that Shilpa was looking out to move to greener pastures, or in our terms, the lass had received an offer in a bollywood movie. However, a very reliable source reveals an entirely different reason for her exit to Telly Buzz. 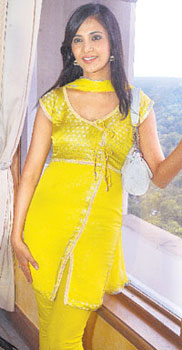 Featured Video
A well-placed source from the industry informs us, “Everybody was under the impression that Shilpa was leaving DMG because she received another offer, but actually, she had a lot of problems with the production house. The production house could not take her tantrums anymore. Many times, she would not turn up on the sets and did not have the decency to inform anybody. In fact, Siddharth Malhotra, Creative Director, Cinevistas, even went to her house to request her to come for the shooting, as the telecast date was near and there was no bank of episodes.”

Adding further, our sources say, “Though, the last straw was when Shilpa demanded a price hike. She asked for approximately Rs. 35,000 for a day, but when they told her that they would raise along with the others, she started throwing even more tantrums.”

To confirm the news we caught up with Shilpa Anand, who rubbished the claim saying, “These are all just rumors. I wanted to move on with my life and why shouldn’t I? In addition, why would I have any issue related to money? Moreover, why would the production house let a star walk away for a mere sum of 35,000? The producer did come to my house, but that was just because I was sick. I have left DMG with fond memories.”

A source from the production house on the condition of anonymity says, “Shilpa had some personal issues with Narendra, the Supervising Producer of the show. She clearly instructed everyone that if Narendra was present on the sets, she would not work. To comply with her wishes, Narendra did not turn up on the sets for almost a month and a half.” 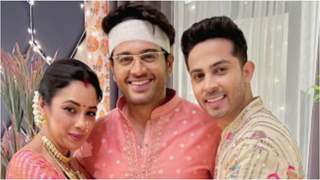 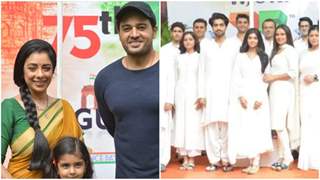 + 2
11 years ago just started watcihng DMG like 4 days ago and I'm already on episode 71. I looove Shilpa Anand and Karan Singh Grover's chemistry! Both are gorgeous and adorable!!

bandhan1919 12 years ago We never can forget you ,Shilpa the jaan of dmg.

rameshaar 12 years ago hope to see u everyday (in a daily soap), happy for bollywood but cannot see u daily, hence prefer TV9daily soap) to movie

bhishmi 12 years ago love U Shilpa
hey guys, I think this comment is enough to express love 4 Shilpa & quote a comment.