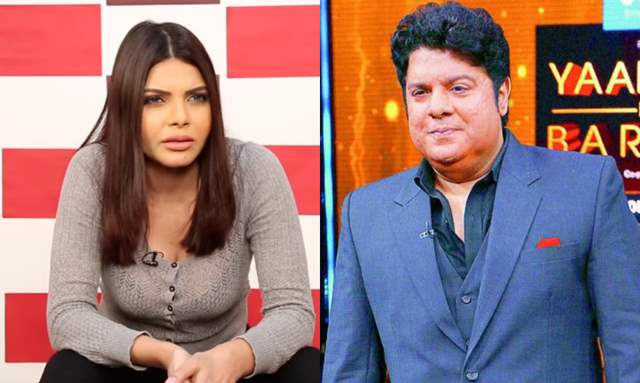 Sherlyn Chopra had recently reacted to a video of Jiah Khan’s sister alleging director Sajid Khan of sexually harassing Jiah. Later, in a series of tweets Chopra accused Sajid Khan of sexual misconduct and revealed how the director flashed his privates at her and asked her to touch them.

Now, in a recent turn of events, Sherlyn Chopra has demanded a public apology from Sajid Khan. In an interaction with IANS, Sherlyn was quizzed what would she achieve by taking legal action and she said that she wants him to apologize.

“I just want him to issue a public apology not just to me but to all those women with whom he has tried to indulge in inappropriate acts. He has been a habitual offender where he asks women to come to his home for discussion about work and then he gets into his shameless acts.

The Wajah Tum Ho actress further recalled the incident and said that it had happened in April 2005, a few days after she lost her father, she went to Sajid Khan’s place to discuss a role.

She added, “When I went to meet him, he randomly asked me to touch his private parts. I told him that it's not right and I left his place. I was terrified by that incident and all these years, I was blaming myself, thinking that I shouldn't have gone there to meet him.”

Apart from Jiah Khan's sister and Chopra, a journalist has also made an allegation against Khan back in 2018. Amid these allegations, Khan stepped down from the role of the director in film Housefull 4.