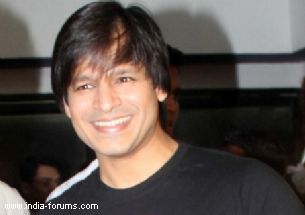 Vivek Oberoi shot in "48 to 50 degrees" in Rajasthan for Sher, but now the action thriller's release has been blocked by "legal" issues. The actor says it is "very disappointing" to see your hard work going down the drain.

"It's very disturbing. I have worked very hard for 'Sher'," Vivek told IANS.

"I have shot for the film in 48-50 degrees temperature in the month of May and June in Rajasthan. We have finished almost 80 percent of the film and after so much of hard work if the film doesn't release, obviously it is not easy to take it. It is very disappointing," he added.

When asked the reason behind "Sher" not being released, he said: "The film is stuck very badly. All I know is it's stuck because of some legal fights."

"But I must say the film has a wonderful story," added the 37-year-old whose last hit was "Krrish 3", in which he played a villain.

"Sher" disappointment notwithstanding, he has something to cheer himself with. The actor has given the voice over for the Hindi version of "Spiderman 2".

He said: "I have given voice over for Electro and it was a great experience. I enjoyed being part of the project."