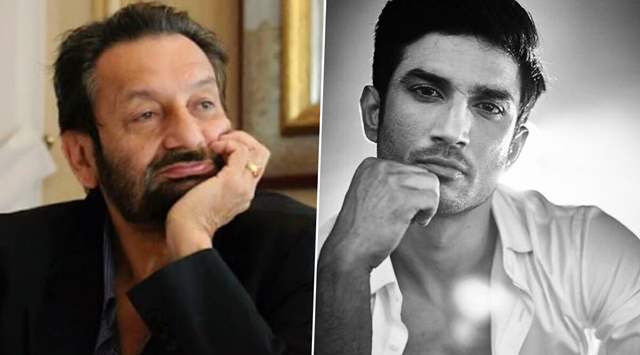 Sushant Singh Rajput’s death has stirred up a storm within the Bollywood industry and the audience. The 34-year-old actor died by suicide on June 14, 2020, at his Bandra house in Mumbai. He was suffering from depression from the last six months, and reports of professional rivalry have also come to the surface in connection to his suicide case.

While Sushant’s post mortem reports suggest asphyxia due to hanging as the reason for death, the Mumbai Police is investigating the case intensely. The Bandra police has recorded more than 30 statements of the late actor’s family, friends, industry colleagues and others connected to him.

Recently, filmmaker Sanjay Leela Bhansali recorded his statements on July 6 at the Bandra Police station. Contrary to the reports doing rounds on the Internet, SLB told the Police that he was planning to cast Sushant in four films, but due to unavailability of dates, the films passed on to other actors.

And now, director Shekhar Kapur, who also shared a close bond with Sushant has sent his statement to the Police via email. As per a report in India TV, the director is currently in Uttarakhand, and thus had to submit his statement through mail. However, he has been asked to again give the statement in person when he arrives back to Mumbai.

Shekhar had cast Sushant in his film 'Paani' under Yashraj Films, however, the film never saw the light of the day and got shelved.  In an Instagram live chat with Manoj Bajpayee, the director had revealed that Sushant was very excited to do Paani.

Besides, Shekhar Kapur had posted a cryptic tweet after Sushant Singh Rajput’s demise. He had tweeted: “I knew the pain you were going through. I knew the story of the people that let you down so bad that you would weep on my shoulder. I wish I was around the last 6 months. I wish you had reached out to me. What happened to you was their Karma. Not yours. #SushantSinghRajput.”

"Rhea is Being Subjected to a Bizarre & Dangerous Media ...
19 minutes ago