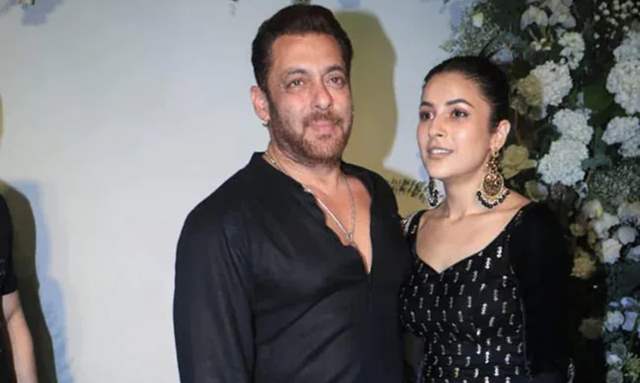 Shehnaaz Gill rose to fame with Bigg Boss 13 post which the actress has a huge fan base.  The actress has been in news off and on in media. As we know, she was recently in news for making her big Bollywood debut in Salman Khan’s Kabhi Eid Kabhi Diwali (now titled Bhaijaan) and how it seemed like nothing was happening as her latest Instagram activity left fans confused.

The actress was in news for unfollowing Salman Khan on social media. Later, she took to her social media to put down her words about her presence in Salman Khan starrer 'Bhai Jaan' for her fans. While sharing a post, she wrote -

"LOL! these rumors are my daily dose of entertainment since last few week🤣 I can't wait for people to watch the film and ofcourse me too in the film.❤❤"

And now, we exclusively report that Shehnaaz has started following Salman Khan back and also a close source inform us that there was a technical glitch which led to unfollow Salman Khan's social media account.

1 months ago Who cares if someone follows or unfollows someone else on the messed up world of Social Media. And that goes to the follower and the followed too. It's a free world and no one should be judged on what they want to do or did accidentally.

+ 3
1 months ago how they knows, who follows & unfollows them & when..i wouldnt even know if anyone unfollows me..lol

1 months ago well, have never ever heard of a techno glitch of this kind

1 months ago She such a attention seeker