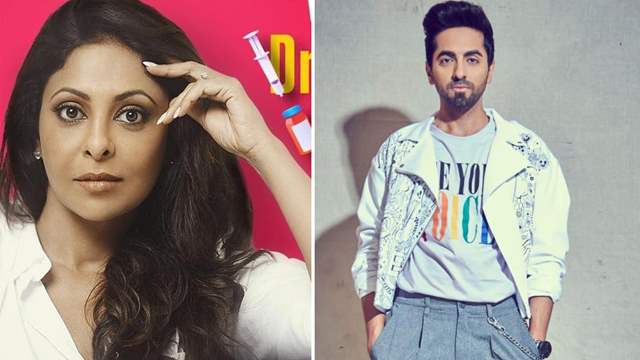 After announcing Ayushmann Khurrana and Rakul Preet Singh as leads in their much-anticipated film, ‘Doctor G’, Junglee Pictures has recently brought another popular and versatile actor on board.

While both the actors portray the role of doctors in the movie, the makers have now roped in actress Shefali Shah, who also belongs to the same profession. The prolific actress will feature alongside Ayushmann Khurrana and Rakul Preet Singh in this campus comedy drama that will be helmed by debutant director Anubhuti Kashyap.

While details of Shefali Shah’s character have been kept under wraps, it’s learnt that the powerhouse performer will essay the role of a senior doctor – Dr. Nandini. For the first time, the three actors will share screen space together which has certainly piqued curiosity among the audience wanting for more.

Shefali Shah is an extraordinary actress who has done phenomenal work in films and shows like 'Dil Dhadakne Do' and 'Delhi Crime' to name a few and has an interesting line up of work under her belt. The buzz around the film is already high due to its interesting narrative and now with the seasoned actors’ addition to the cast the anticipation has increased. The combination of this trio will be surely be something to look forward too!

Excited on joining the cast, Shefali Shah shares in a statement shared by the film’s team:

“I am excited to be a part of ‘Doctor G’. The writers including Sumit, Saurabh, Vishal along with Anubhuti have written a fantastic script. I am really looking forward to collaborating with Anubhuti, Ayushmann, Junglee Pictures and the amazing team!”

“I am thrilled to have Shefali join the team, she plays all her roles with so much ease and nuance— I'm a fan! This being my first film, I'm really looking forward to working with such powerhouses of talent.”

The movie ‘Doctor G’ featuring Ayushmann Khurrana and Rakul Preet Singh is co-written and directed by Anubhuti Kashyap. The film is written by Sumit Saxena, Vishal Wagh and Saurabh Bharat.