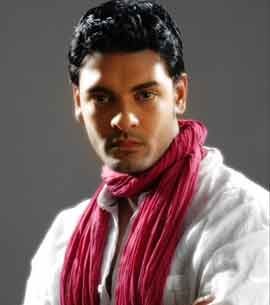 "The director signed me on only when I agreed to shave my head for the role. I must have done it at least 40 times. I remember when we were shooting in Kumbakonam, we had a barber on sets at all times and he would shave my head whenever required," Abhinay told IANS.

"When we went to shoot in London, I had to wear a wig but by then my hair started growing back. The wig wouldn't stick on my head because of the new hair, so I had to eventually shave it. This time I shaved on my own because I had got so used to it," he added.

Abhinay didn't mind doing all this because he was in awe of director Gnana Rajasekaran's commitment towards the project.

"When I went to discuss the project for the first time, I was shown two pictures. The director asked me what do I see in the pictures and I instantly replied, 'Ramanujan'. He asked me see it again keenly and minutes later he told me that one of the pictures was of me," he said.

"The director's daughter had morphed the original picture with my key features such as eyes, nose and forehead. When I saw the striking resemblance in the pictures, I realized why he chose me even when some top actors were ready to work on this project. He was so passionate about it and I couldn't let him down," Abhinay stated.