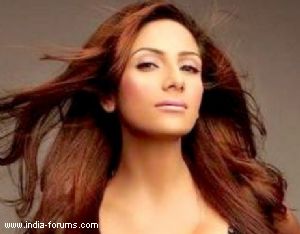 Model-turned-actor Shaurya Chauhan, who plays a negative role in "Krrish 3", says she managed all action sequences herself, without using a stunt double.

"I have done all the action sequence on my own. I didn't have any stunt double," Shaurya told IANS.

She says "Krrish 3" director Rakesh Roshan was clear about his demands for the role.

"He wanted me to lose some weight and look flexible, so that I could do gymnastics and the needed stunts," said the actress, who underwent training for three to four months to fit the bill.

"I had to undergo training for four hours a day. I finished the shooting for the film in June," she said.

Malaika Arora shares her biggest challenges upon Testing ...
10 minutes ago