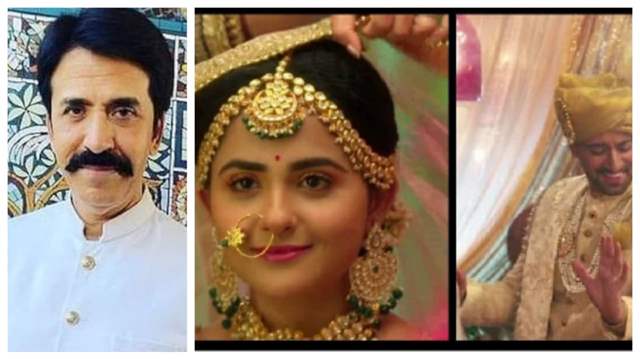 The current track revolves around Anokhi finally learning about Shaurya’s plan. She learned how Shaurya staged a wedding with Shagun which eventually gave her the strength to accept and express her feelings for Shaurya.

In the previous episode, Anokhi suffered a breakdown and she hugged Shaurya and expressed her love to him which made Shaurya’s plan successful. Now, Shaurya and Anokhi will soon get married with all rituals.

In the upcoming episodes, Devi attends Shaurya’s Haldi ceremony. Before Devi could apply haldi to Shaurya, Aastha does it which leaves Devi fuming in rage. Devi is possessive about Shaurya and wanted all the rituals carried out as she being the groom’s mother but Aastha’s presence is irking her.

Well, in the forthcoming episode, Tej knits yet another conspiracy to stop Anokhi-Shaurya’s wedding. He prepones the exams. As Anokhi dresses up as a bride, she receives a message about exams being preponed on her wedding day itself. How will Anokhi cope up with this twist?

Only time will tell.

2 months ago Have full trust in Shakhi.. they will find a way to dodge Suraj😇😎

2 months ago I’m sure Shaurya will find a way!

2 months ago Bring it on Tez.. no one can defeat Shaakhi🥰🥰🥰🥰