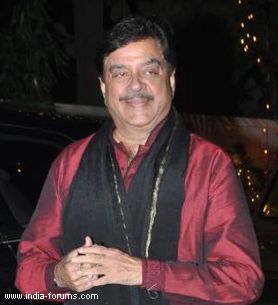 Veteran actor Shatrughan Sinha will be honoured with the Outstanding Contribution to Indian Cinema award at the forthcoming edition of the International Indian Film Academy (IIFA) awards ceremony to be held in Tampa Bay, Florida next month.

"Sholay" fame filmmaker Ramesh Sippy, who directed Shatrughan in movies like "Shaan" and "Zamana Deewana", made the announcement here Thursday.

"This year, the Outstanding Contribution to Indian Cinema award will go to Shatrughan Sinha," Sippy said at an IIFA press conference here.

The annual gala, said to be Hindi cinema's largest extravaganza abroad, will be held for the 15th time. This year, the event makes its US debut and will be held in Tampa Bay, Florida from April 23-26.

Lovingly called 'Shotgun', Shatrughan, an actor-politician, started his career in 1970. He is known for films like "Kalicharan", "Blackmail", "Dostana" and "Shaan".

Nowadays, the actor is busy preparing to campaign for the Lok Sabha polls on a Bharatiya Janata Party (BJP) ticket for the Patna Sahib seat.