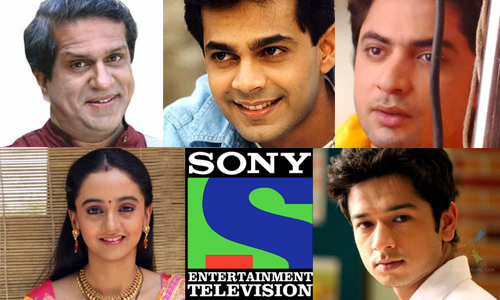 Shashi Sumeet Mittal Production is set to launch their next venture on Sony TV. After having produced number of shows like Diya Aur Baati Hum, EK Rishta Aisa Bhi, the production house is set to spread its wing on the leading channel Sony TV.

The show has been tentatively titled as Dil Deke Dekho and will feature actors like Fahad Ali last seen in The Buddy Project on Channel V and Zalak Desai last seen in Sajan Ghar Jaana Hain on Star Plus as the leads.

But it seems there is a delay in its execution and broadcast date. While the project was ready to go on floors in the month of September due to some problems it has now been planned to launch in the month of October.

Our source says, "The tentative title of the show is Dil Deke Dekho but the title might change as it is quite lengthy. Before the title was finalized as Aaj Phir Tumpe Pyaar Aaya Hai but the copyright of the title has already been blocked by some other show. The shooting of Shashi Sumeet Mittal's next venture has already started in full swing and is expected to go on floor by the month of October."

"Initially the show was supposed to go on air by the month of September but as MSM Ltd has come up with a new channel Sony Pal, they have started many new shows from September 1 and Sony TV's Hum Hain Na has gone on floor. Thus the makers have decided that this is not the right time as it might fetch them a bad result. The makers are yet to finalize the time slot and the date," adds our source.

Apart from the leads, other actors who have been finalized to play pivotal roles are Darshan Jariwala who was last seen in Saas Bina Sasural. He will be seen playing the role of Fahad Ali's father and other actor is Diaansh Sharma who was the anchor in Big Magic's Yatra Express and has also acted in Star Plus' Sai Baba, he will be seen as Zalak Desai's brother.

Nasir Khan too will be seen playing an important character in the show who is the son of legendary comedian Johnny Walker. He was last seen in Sony TV's Amber Dhara.

ranil. 6 years ago thanks for the article..
Diya aur baati hum rockz
DABH!!!

Gagani 6 years ago I don't like title,it's film title, should be new title

thala 6 years ago diya aur baati hum rocks, it the best ever show

Stav 6 years ago Waiting to see fahad in his new show ...