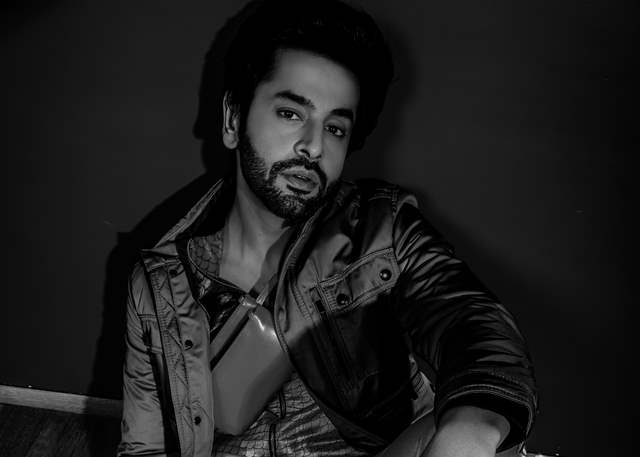 Shashank Vyas has shows like "Balika Vadhu" and "Roop - Mard Ka Naya Swaroop" to his credit. The actor will soon be making his Bollywood debut with "Laila Manju" and shared that his aim has always been to become a good actor.

He said, "The first time I came to Mumbai in 2009 I had a meeting with a big producer and director of television, and I told him that I am here to become an actor. My aim was always to become a good actor, and my approach is still the same. I believe by becoming a good actor, I can be creatively satisfied and I will have that respect for myself."

He also said that with OTT platforms there are plenty of opportunities available for actors, and added, "You have some fantastic content being worked on, more realistic stories are coming up which are missing on TV."

However, he agrees that with so many stories being worked on, it's not necessary that the shows on OTT need bold scenes to do wonders.

Speaking on the same, he said, "I recently watched the second season of 'Gullak', it's a fantastic show which my father absolutely loved. He is otherwise very critical of films, shows, and TV series. But I feel what might be bold for me, might be normal for you. And if you see top directors of the industry they have not touched that areas yet and still are so successful. As far as I am concerned, I won't say yes to doing bold scenes, because even if I do that won't mean that I will make a good career on the OTT platforms."

Shashank also emphasized that though there is good content that's being made, at the same time there are some shows which you can't watch with your family. Talking about censorship on OTT, he said, "There are shows which are normalising things like cursing and abusing. But you need to know the audience also reaches a saturation point, you can have a brilliant season one, an amazing season two, but the third season will turn out to be boring for the audience."

He added, "Even if you try to watch a good show, filtered from such scenes or content, the advertisement before that will be such that even if you are not willing to watch it, you will have to. And this normalization that is happening you can't escape from it."

What kind of content would you prefer? Shashank said, "Be it any platform, I will do a show or a film if I understand the content. If I don't then I won't do it. I have also seen a lot of actors who have told me that they are happy with just doing one show in their lifetime. So it's all about your creative satisfaction and we all should aim for that, be it any platform."

Now, that's quite insightful, isn't it?