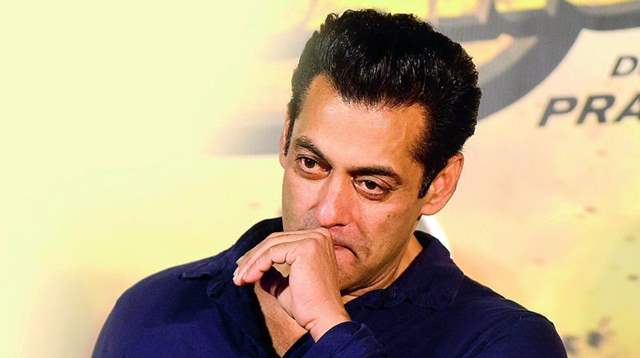 Bollywood actor Salman Khan has nearly escaped some big trouble as a sharpshooter named Rahul, who was reportedly on a lookout to kill the superstar has been arrested by the Faridabad Police.

Sharpshooter Rahul of the Lawrence Bishnoi gang was arrested by the Faridabad Police in connection with the murder of a resident on June 24. However, during the investigation, Rahul revealed that he had Salman Khan on his radar and was planning to kill him over the case of blackbuck poaching.

Khan had found himself in legal trouble over the killing of two blackbucks in Jodhpur in 1998 during the shooting of the film ‘Hum Saath Saath Hai.’ Rahul, a member of the Lawrence Bishnoi gang was on the lookout for Salman and had already done a recce of Salman's Galaxy Apartment in Bandra.

Reportedly, sharpshooter Rahul had conducted the recce on the directions of Bishnoi and 'later apprised him of the findings'. However, due to the coronavirus outbreak, they were unable to accomplish their plan.

“Police have arrested sharpshooter Rahul of Lawrence Bishnoi gang. Questioning revealed that he travelled to Mumbai in January to conduct a recce of actor Salman Khan's apartment on Bishnoi's orders due to resentment against Khan over blackbuck poaching: DCP Faridabad, Haryana” tweeted ANI.

Meanwhile, Salman Khan is currently shooting for the upcoming season of the popular reality show Big Boss. He recently returned to Mumbai from his Panvel farmhouse where he was in quarantine for the last four months.

basherz 2 months ago lol.. kuch bhi ! Gangster wants to kill Salman bcoz he was upset with killing of blackbucks ? At least ask those BW movie writers on how to write a story.