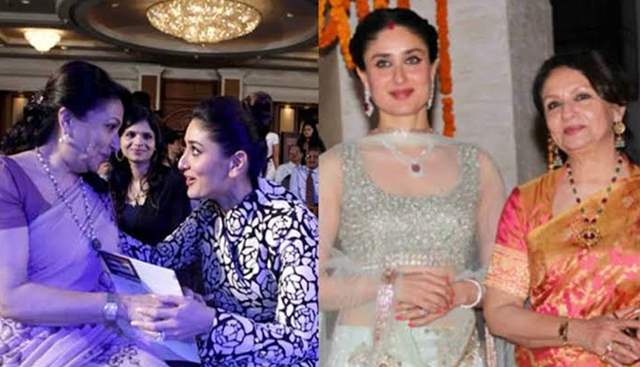 Kareena Kapoor Khan recently invited her mother-in-law and yesteryear's actress Sharmila Tagore on her chat show. While in a fun interaction, Bebo asked Sharmila to share about their equation and the latter was all praises for her daughter-in-law, as she said that unlike Saif Ali Khan and Soha Ali Khan, Kareena is always prompt in responding to text messages.

“I like your consistency. I like the way you keep in touch because I know that if I sent you a message, you will invariably answer. Saif would, not Soha. Soha most certainly won’t reply. I mean, she will take time, but you will reply,” she said.

Further, while sharing more about the same Sharmila revealed that whenever she comes to Saif and Kareena's  house in Mumbai, Bebo always asks her as to what she would like to eat and Bebo ensures that Sharmila gets what she wants.

“That must be the Kapoor trait because you keep a wonderful table,” the 75-year-year old said. And when Sharmila Tagore was asked if Bebo could change anything about herself, she said that Bebo should remain the way she is.

“I just wish you would stay this way because your temperament is such. I have seen you work with your staff… Some of us get very tense and make it difficult for others around us. You don’t do that; you are intuitive. So I just wish you will stay like this and not get uptight about anything,” she said.

Recently, Sharmila celebrated her 75th birthday with her family in Ranthambore and thanks to social media, photos of Saif, Kareena and Taimur, Soha Ali Khan and Kunal Kemmu surfaced online wherein they were seen having a good time together. On the work front, Kareena Kapoor Khan will next be seen in Raj Mehta’s Good Newwz co-starring Akshay Kumar, Diljit Dosanjh and Kiara Advani. 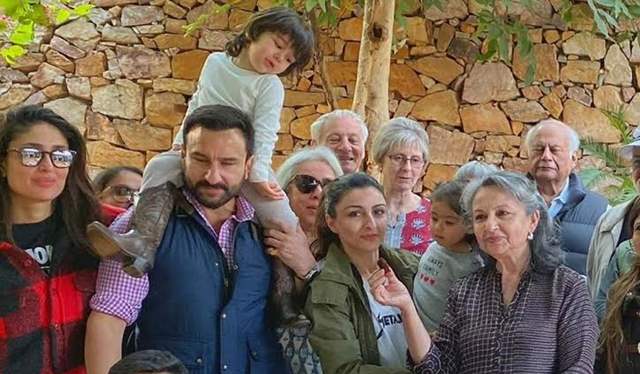