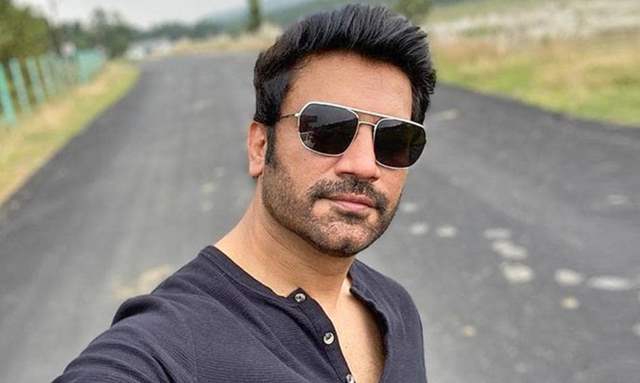 In the latest episode of 'The Maniesh Paul Podcast', the actor and host welcomed his friend and actor Sharad Kelkar to unravel the journey and untold aspects of his life.

Being a people's person, Maniesh Paul is also blessed with excellent colloquial skills, the testimony of which could be seen repeatedly in the recent episodes of 'The Maniesh Paul Podcast' on the actor's YouTube channel.

In the latest episode, Maniesh Paul welcomed the voice behind Baahubali, Sharad Kelkar offering a glimpse into the unknown facets of his life.

Earlier, Maniesh shared two teasers of the episode offering a peek into two completely different zones of the conversation, while one was a hilarious take the other touches upon the deepest secrets of Sharad's life.

Using his exceptional conversational skills, Maniesh Paul launched his podcast on YouTube to unfold the stories of people from different walks of life, touching upon the untold aspects of their journeys.

Having hosted a doctor, social activist, hypnotherapist, social media influencer, NGO founder and actor-friend Bharti Singh amongst others, Maniesh Paul's heartwarming conversations with his guests have created a mark across social media.

Gearing up for his upcoming film 'Jug Jugg Jeeyo' under the banner of Karan Johar's Dharma Production, Maniesh Paul has an interesting line up of projects, expected to be announced soon.