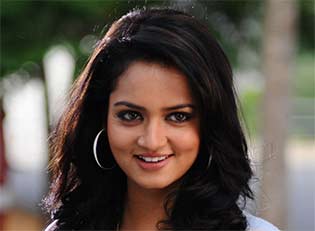 Actress Shanvi Srivastava, who is currently shooting with yesteryear actress Sumalatha Ambareesh for upcoming Kannada remake of Telugu hit "Ala Modalaindi", says the film has given her an opportunity to learn the art of subtle acting from her senior colleague.

Sumalatha was one of the reigning southern actresses of the 1980s.

"Most actors either overact or under-act, but seldom do you find actors who can act subtly. Sumalatha ma'am knows how to express subtly and I've been learning the same from her. There's still so much grace in her performance," Shanvi told IANS.

"She's one of the sweetest persons I've come across in my life. She's still so beautiful and can give most of us a run for our money. I even asked her about my performance and she told me that she liked it. We still have to shoot some scene together," she added.

Sadhu Kokila is helming the Kannada remake, which stars Sumanth as the film's hero, while Hariprriya will be seen as the second female lead.

"I start shooting from September. I have already started to learn the language (Tamil). I don't think Tamil is as difficult as Kannada, so I guess it shouldn't be a problem picking up the language soon. I guess I just need to watch more Tamil films," she said.

Piya Valecha talks about acting, the digital divide and television and ...