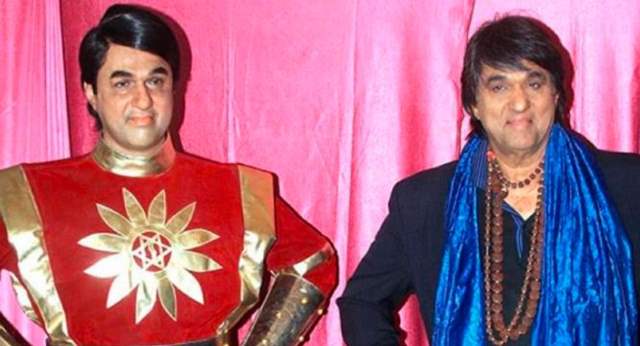 Nostalgia had hits its maximum recently when it was announced and confirmed that the iconic Indian show, Shaktimaan is all set to have its own film. And while veteran Mukesh Khanna played the role in the original, he will obviously not be reprising the character in the film. That doesn't mean though that he isn't associated with the film.

In a recent interview with ETimes, Khanna opened up on the same as he first said, "I had promised my fans that something like this would come. More than being happy, I am relieved that I could share the news with them. We were working on it, but I was waiting for the right time to make an announcement. I had earlier mentioned that a movie will be made on this. I feel relieved that I could keep my promise to my fans and we are now making the film on Shaktiman."

When asked about the million-dollar question as to how and if will be a part of the film, he said, "This is something that I still cannot disclose. I am attached to the film and will be involved in the making. Now in what capacity I will be part of the film will be decided later. Many things like casting, direction etc.. are still being firmed up."

Interestingly, in times when actors like to get rid of their on-screen image, Khanna, who is known for his iconic roles of Shaktimaan and Bhishma from Mahabharat wants to maintain that image. About it, he said, "I want to get an offer that I cannot refuse. If I am happy with the work then I'll work on any medium. So, if there is something interesting that suits me, then I would do a film, OTT or TV. I have an image of Shaktimaan and of Bhishma, which I have to maintain. I respect that, so I won't do any negative role which breaks that image."

Finally, concluding on the Shaktimaan film, he said, "He is the biggest superhero in the world because the kind of powers he has, no other superhero has. Shaktimaan will remain the same, things around him will change. It will be made on a higher scale and keeping today's scenario in mind. Shaktimaan will retain its originality and the essence will not change even in the film."