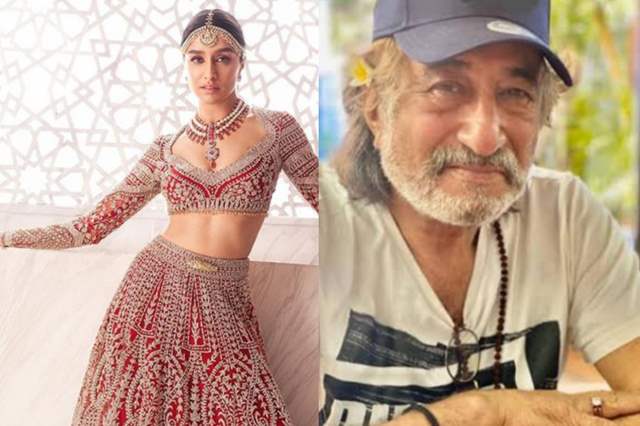 Shraddha Kapoor is currently shooting for 'Luv Ranjan' movie starring Ranbir Kapoor, Boney Kapoor and Dimple Kapadia. But lately she has been in the news due to her marriage rumours.

The actress this year attended the the wedding of her cousin Priyaank Sharma along with actor Varun Dhawan and celebrity photographer Rohan Shrestha. During which Rohan Shrestha was spotted with Shraddha in a group photograph and there were whispers around town that the two would tie the knot soon.

But, Daddy Shakti Kapoor has turned down rumors of his daughter Shraddha Kapoor's marriage with celebrity photographer Rohan Shrestha.

Shutting down all the rumors of Shraddha's marriage, Shakti told IANS,

Everyone has a lot of free time in Corona, so these rumors are going to spread. Being a father, does such talk have any effect on him? I am more than 40 years in this industry. That's why I don't care and neither Shraddha, nor her mother and brother. No one is getting married and Shraddha is very busy. She is going to be busy for the next few years.

Rohan Shrestha is also a second generation Bollywood lensman, son of the famous photographer Rakesh Shrestha. Rohan and Shraddha have known each other since school days and share some common friends.

In an interview to The Times of India in 2020, she denied all rumours of her wedding to Rohan Shrestha and said that right now she doesn't have the time to think about anything apart from the movies that she is doing.