The Kabir Singh starrer Shahid Kapoor is entering his 40’s with a bang. The actor has been on cloud nine ever since the movie released and this added to his moment of joy on his 39th birthday. Pictures that flooded social media have been attracting attention as the actor had a gala time with his close family.

The actor is seen cutting a three-tier cake while wife Mira and father Pankaj Kapoor are seen expressing their joy with the loudest voices. Despite being in informals, the couple looked adorable together. Shahid was seen wearing a black and white hoodie while Mira was sporting a checkered black & white jacket paired with a white tank top and black denim.

Shahid is currently shooting for his upcoming film “Jersey” where the family flew down to celebrate his birthday. Mira also took to social media to express her love and best wished for Shahid. 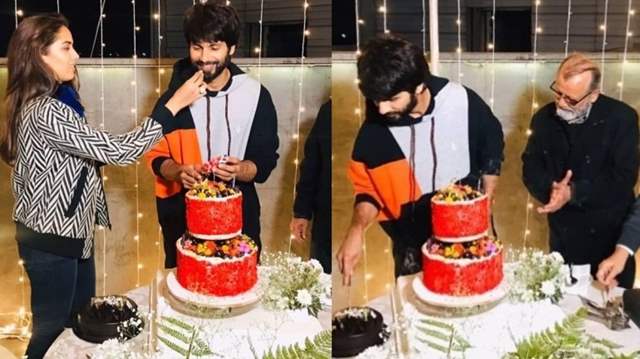