View Profile
One star who has a massive fan following is Shahid Kapoor. So much so that the actor practically got mobbed during the shoot of Tips Films Kismat Konnection in Mumbai recently. His fans gheraoed him bringing the shooting practically to a stand still. The shoot, that was to start at 9 pm, got delayed by six hours. It was only at around 3 am that director Aziz 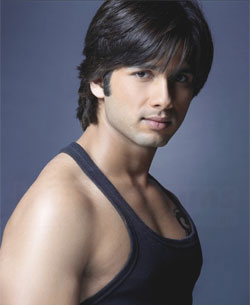 A source revealed, "The location was close to the famous Hilton Towers at Nariman Point. The scene required Shahid to stroll on the road. But the minute Shahid stepped out of his van to shoot the scene; his fans would gherao him, refusing to leave him. Shahid had no option but to step back into his van. The number of fans did not limit to ten or two; there were some 2000 odd people. It came difficult to handle that kind of a crowd. And to bring the situation under control the producers quickly booked a room for Shahid at Hilton Towers."

Neither did director Aziz Mirza nor did Shahid expect a massive crowd to greet him. Shahid was taken by surprise! It was only when the crowd had dispersed that too late in the night that Aziz Mirza could begin the shooting of Kismat Konnection.

Confirming the incident Producer Ramesh Taurani said, "Yes it's true that around 2000 people mobbed Shahid and we were not able to shoot the scene but at the end of the day we managed to get the shoot done at around 3 in the night." Shahid has a huge fan following and this was proved when we shot close to Hilton Towers recently. I am happy that Shahid is so popular and he is the hero of my film."