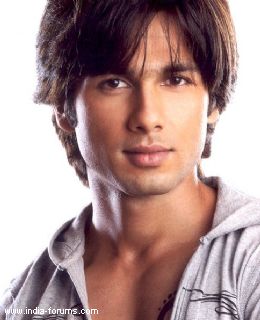 'Extremely distasteful story today ...some journalists need to really understand where to draw the line between imagination and Reality,' Shahid wrote on microblogging site Twitter.

'Sad. Unfair. Makes me angry. If nothing else they need to respect the dignity of a girl !!!!! I usually don't react to any of these stories but this one was just a bit much,' he wrote.

It was reported that both the actors, who acted together in Yash Raj's 'Badmaash Company', were seen kissing at the success party of 'Mere Brother Ki Dulhan'.

Abhishek Bachchan, who has wrapped up the shooting of Rohit Shetty's 'Bol Bachchan', says comedy is the most difficult genre to perform.

The cast of the film includes Ajay Devgn, Asin Thottumkal and Prachi Desai, and Abhishek says shooting with an ensemble cast as been a learning experience.

'It's always a great learning experience when you get the opportunity... To work with a great group of actors. One can learn so much from just observing them. That's what makes an ensemble cast film a lot more...Interesting for me,' he wrote.

Shah Rukh Khan says when he showers in his daughter Suhana's bathroom it is like 'B.One' moment for him.

'Shower out of order. Bathing in daughter's shower. Surrounded by pink walls, flowers and pretty fish on the wall. Feeling like B.One...Barbie one,' the 45-year-old actor quipped in a tweet.