View Profile
One of B-Town's superstars Shahid Kapoor has always been loved as the "Romantic Chocolate Boy" of the industry. After the box office sensati 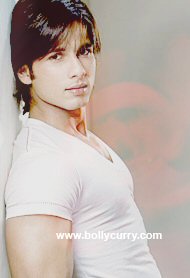 on Jab we Met, he hasn't been seen in any romantic movie, and his fans sure do miss watching him in that avatar.

Well, recent news is that Sajid Nadiawala's next movie which was supposed to be directed by Sabir Khan, Heer Ranjha, had offered Shahid to play the main lead role alongside Deepika Padukone.  However, now we hear that the film may be cancelled due to some technical problems! Apparently, script for the movie wasn't finalized yet, so the movie have been postponed for now and things are in limbo, waiting to be finalized!

And this seems to work just fine for Shahid who is currently extremely busy with his dad Pankaj Kapoor's directorial Mausam. He will then be devoting his time to a Kunal Kohli film and then has an action packed film lined up! Sure seems like he has a lot on his plate at the moment!

Well unfortunately, it seems like his fans will have to wait a little longer to see him donning his romantic charm again!