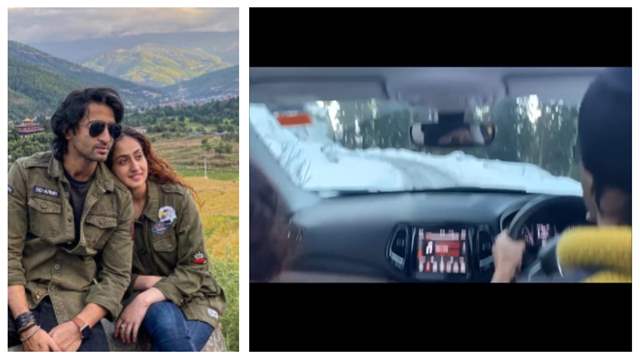 It certainly came across as a major shock when actor Shaheer Sheikh first not only revealed that he is dating Ruchikaa Kapoor but furthermore, in no time later, they got married to each other in a small gathering with only families in attendance.

Now a married couple, Sheikh and Kapoor are already indulging in marital bliss and seemingly having the best time of their lives too. It is winter and while snuggling in a blanket is apt for this season, going around for a drive in snow clad mountain roads is another way of having the experience of life.

Sheikh and Kapoor did the latter where the former posted a video of them on their romantic drive on snow-clad mountain road and with the background song 'Can We Kiss Forever?' playing in the video, it made up perfectly for the setting indeed-

Sheikh and Kapoor were apparently dating for a long time which was kept under wraps until their marriage on 27th November 2020.