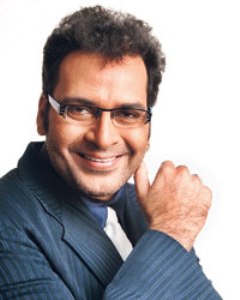 Shahbaz Khan last seen in Star Plus' Mitwa has been away from the small screen for a while. But the actor is all set to make his comeback with Imagine TV's Looteri Dulhan in a cool character which will again suit his charismatic personality.

Telly Buzz had earlier reported about Shahbaz Khan being a part of Star Plus' upcoming show, Maharana Pratap. But before the project starts, he has taken up this meaty role on Imagine.

A little birdie informs, "Shahbaz Khan will be entering in Imagine TV's Looteri Dulhan as Abhinav's (Mrunal Jain) father. He is shooting since ten days and his entry is expected tonight."

Talking about his character a source reveals, "Shahbaaz will be essaying Jawahar, who is a man of principles with a strong character. Jawahar is a polished villain unlike other routine grey shaded characters. He makes rules and wants everyone to follow them.He always believes that he is right, but the fact is that he is not and he is also egoistic in nature."

We contacted Shahbaz Khan and he confirmed, "Yes, It's great to essay Jawahar on Looteri Dulhan as it's a very polished character and I am happy to essay the same."

Hope his entry brings some good ratings to the show.

Gopiii 9 years ago Yes looks like a good addition to the show after Supriya.

Ashalata Wabgaokar passes away due to COVID-19
11 minutes ago

Zarina Wahab was Tested Positive for COVID-19; Actress ...
21 minutes ago