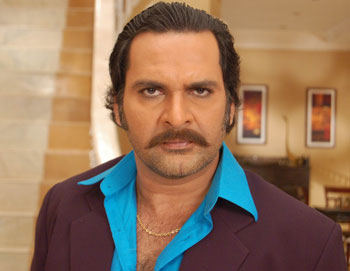 Shahbaaz Khan, seen in 9X's Mere Apne as Bhanupratap Singh, enters Star Plus' Grahasti. The actor who is usually seen essaying negative roles in movies and serials will be playing more of a positive role in this woman-oriented show. Telly Buzz caught up with the actor to know more.

When contacted, Shahbaaz says about his character, "The name of my character is Jaydev Khurana. I play the elder brother of Balraaj Khurana(which was played by Kiran Kumar). He is a very conservative, patriarchal man who believes that a woman's place is only in the house and the kitchen. Her responsibility is only to look after the house. She has no place in an office and does not need to get involved in business affairs." Adding further he says, "Although he has come from abroad, he is very traditional at heart and is a staunch Punjabi. He has come to take over the family business. Right now, the character is positive but he will make the lives of the girls miserable with his principles and strict rules."

14 years ago i watched dis drama today n i hated it
wat de hell dis guy think of himself
i hate him wen he tries to control dose girls, even it is fiction it makes me mad

+ 5
14 years ago i am enjoying his role in the show as he brings laughter in the show! lol :P

Love his acting :) Rest Grihathi is doing quite goo to itself :)